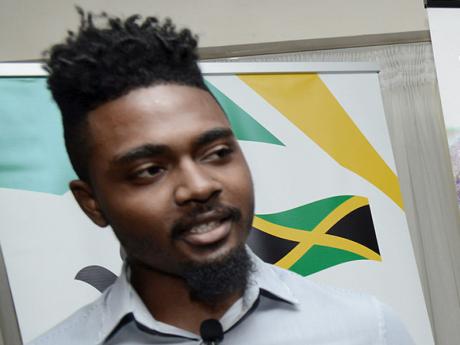 Executive Director of Jamaicans for Justice (JFJ), Rodjé Malcolm, says the decision of the Privy Council on the promotion of Delroy Hewitt will set a new legal precedent and will aid in the longstanding attempts to reform how police are promoted within the Jamaica Constabulary Force.

He has since retired.

The human rights lobby group had argued that had the PSC conducted an investigation into the reported 28 allegations of fatal shootings involving Hewitt, he would not have been promoted.

In its decision today, the Privy Council held that while there was no statutory duty by the PSC to conduct an investigation, a proper discharge of the commission's functions did require it.

“An essential part of reforming the police force is ensuring that only law-abiding and honest officers are promoted to senior ranks of authority. This court ruling sets new legal precedent that will replace the practice of promoting officers accused of involvement in unlawful killings with a practice of only rewarding and elevating honest, law-abiding officers to the senior ranks of our nation’s police force,” Malcolm said.

Jamaicans for Justice welcomes the decision by the Judicial Committee of the Privy Council handed down on 25 March, 2019 which held that the Police Service Commission in discharging its statutory functions has a duty to conduct investigations or to instruct that investigations be conducted in relation to police officers who are recommended for promotions, especially in instances where there are allegations of police misconduct.

JFJ thanks its legal team for their commitment to this litigation process including John Clarke, Richard Small, Philip Dayle and Hugh Southerly who played varying roles over the course of this appeal.

Background to the Appeal

In October 2017, JFJ filed a legal challenge at the Privy Council against the Police Services Commission (PSC) regarding its decision to promote Superintendent Delroy Hewitt, a police officer known to be involved in serious human rights violations, to the rank of Senior Superintendent, one of the most senior positions within the Jamaica Constabulary Force. The litigation was grounded in concerns about the failure of the PSC to consider the allegations of extrajudicial killings linked to Supt Hewitt, who was ultimately promoted to the rank of Senior Superintendent on the recommendation of the Police Commissioner.

The main issue arising in the appeal was in relation to what steps the PSC, as the entity tasked with deciding on the promotion and discipline of police officers, should take to inform itself about officers recommended for promotion. JFJ raised this challenge in response to a systemic problem of promoting police officers against whom there were/are allegations of misconduct to senior ranks within the Jamaica Constabulary Force, which undermines attempts at police reform and taints the promotion process within the police force. The legal challenge sought to establish in jurisprudence that the Police Services Commission is legally required to seek and consider reports of human rights violations against officers when considering an officer’s promotion – something the Police Service Commission argued it was not legally required to do.

This decision from the Privy Council, Jamaica’s highest court of appeal, has overruled the decisions of the Supreme Court and Court of Appeal. Both lower courts rejected the assertion that the Police Services Commission has legal a duty to conduct, or to instruct another entity to conduct, independent, impartial and effective investigations into an officer’s misconduct when they are being considered for a promotion.

Though Jamaica’s Court of Appeal in 2015 agreed with some of JFJ’s arguments about the seriousness of the allegations, they declined to reverse the decision of the Police Service Commission on the basis that its decisions were not deemed to be so unreasonable that it produced an absurdity – which the Court decided was the requirement in law for Judicial Review of the Police Service Commission’s decision.

In 2017, JFJ appealed these decisions with the hope of establishing new jurisprudence which would strengthen the obligation of the state, through the Police Service Commission, to properly investigate human rights violations committed by police officers and hold derelict officers accountable.

The Privy Council is expected to hand down binding legal declarations stemming from the ruling within the next few weeks. These Declarations will set a new precedent and will aid in the longstanding attempts to reform how police are promoted within the Jamaica Constabulary Force.

Executive Director for Jamaicans for Justice, Rodjé Malcolm notes that “An essential part of reforming the police force is ensuring that only law-abiding and honest officers are promoted to senior ranks of authority. This court ruling sets new legal precedent that will replace the practice of promoting officers accused of involvement in unlawful killings with a practice of only rewarding and elevating honest, law-abiding officers to the senior ranks of our nation’s police force. We look forward to working with the authorities to implement the anticipated declarations and to aid in monitoring their adherence as we move forward together.”