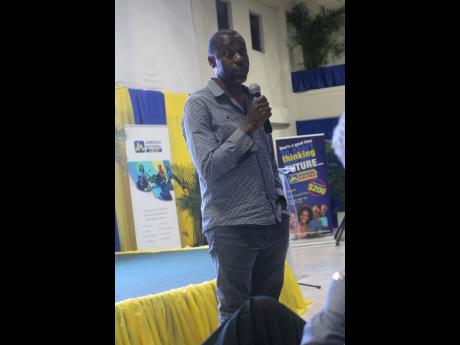 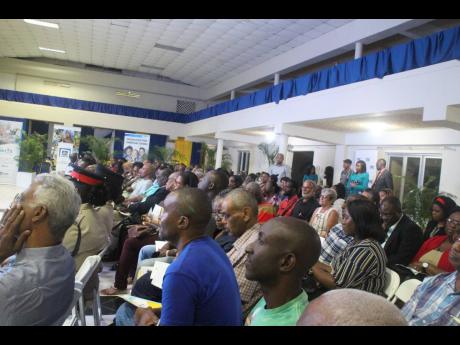 Tamara Bailey
Manchester residents listen carefully during a Community Security Forum, organised by The JN Group, last Thursday. The event was held at the Golf View Hotel in the parish capital, Manchester.
1
2

As the country continues to grapple with high rates of crime and violence, social anthropologist and lecturer in the Department of Sociology, Psychology and Social Work at The University of the West Indies (UWI), Dr Herbert Gayle, says the parish of Manchester has several worrying trends that could lead to its decline.

The parish is recognised as one the country’s most peaceful, based on its murder rate and other major crimes. However, Gayle noted that domestic violence, school dropouts and pockets of poverty could dim Manchester’s peaceful gleam.

He was speaking at the third in a series of fora put on by the JN Group on community security at the Golf View Hotel in Mandeville, held under the theme ‘Creating Safer Spaces for your Family’.

“The biggest problem you have here (in Manchester) is that there is a large number of young men who are not just unemployed but unemployable…,” he said.

He described the high level of school dropouts in the parish as shocking, with one of eight respondents in his study acknowledging that they had quit school. Most males who dropped out were deseperately poor; had one or both parents missing or minimally involved in their nurturing; and faced heavy economic pressure. Most young men expressed that they would do anything to survive, Gayle pointed out, while most young women harboured suicidal thoughts as the response to their situation.

Gayle said the lack of opportunity and social and political neglect of youth lead many into boredom, alcoholism and scamming.

He added that although many people regard the parish as home to “the newly-wed and the nearly dead”, with very few options for entertainment and spontaneity, Manchester is attracting criminals.

“People have it as their life goal to move to Manchester. It is a receiving parish. People from very violent communities like Manchester. If you look closely, you will see that people who come here are immediately better off, so why wouldn’t people want to come? However, they don’t always come alone, but with their problems,” said Gayle.

He said that to alleviate some of its problems, the parish needs a plan for its future urbanisation.

Gayle also noted that domestic violence remains among Manchester’s most serious problems. The researcher revealed that 62 per cent of all violent youth have experienced household violence, while 56 per cent who reported joining a gang or crew, was from a violent household.

“…The domestic violence in Manchester, it cannot continue … When we compare the wealth here to domestic violence, you have far too much cases of domestic violence. We have to learn to be partners … let us drop this nonsense of patriarchy and matrifocality and work together. Manchester can become a safer space.” Gayle concluded.