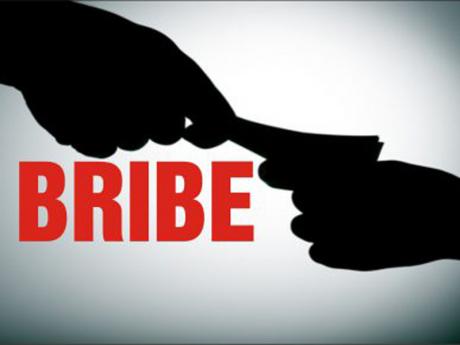 The Police High Command is asserting that sanctions including criminal charges will be brought against members of the force who breach the law.

The high command says it has taken note of allegations made in a recent newspaper article regarding cops soliciting money from event promoters for the extension of cut-off times for parties and other events.

It says it has taken these allegations seriously, arguing that it is unlawful for any police personnel to engage in such conduct.

Persons will information about are being asked to make report the Inspectorate of the Constabulary by calling 876-906-5325 or 876-754-8217 or email inspectorate@jcf.gov.jm.

The Jamaica Constabulary Force has noted the allegations made in a recent newspaper article regarding Police soliciting money from event promoters for the extension of cut-off times for parties and other events.

The Police High Command has taken these allegations seriously, as it is unlawful for any Police to solicit money or any other form of payment for the extension of cut-off times. The rules governing the staging of events are clearly defined in the Noise Abatement Act.

The Police High Command wishes once again, to advise persons that any unprofessional or criminal conduct observed by them may be promptly reported to the Inspectorate of the Constabulary (IOC) by calling 876-906-5325 or 876-754-8217. Persons may also email the IOC at inspectorate@jcf.gov.jm.

The IOC is responsible for ensuring strict adherence to the standards and procedures of the Constabulary Force and is currently being restructured to robustly address matters dealing with professional standards and breaches of the Corruption Prevention Act.

When making reports, individuals are urged to get as much information as possible, including the date and time of the incident, the markings written on the vehicles (in the case of marked vehicles) and the vehicle registration number. Persons should also seek to ascertain the Police’s regulation number, which should be visible on uniformed personnel. If the Police is in plain clothes or the regulation number is not visible, persons may ask the individual for his/her regulation number.

Information can also be shared by sending a letter marked ‘X’ at any post office or postal agency. The public is being assured that cases reported to the IOC are investigated with alacrity.

The High Command is reminding members of the Jamaica Constabulary Force that all duties must be performed with integrity and within the confines of the law. Unprofessional conduct or any breach of the law by members is unacceptable and will not go without sanction/s, including criminal charges where applicable.