Weed Ed | Terpenes: how they impact your high and their therapeutic benefits 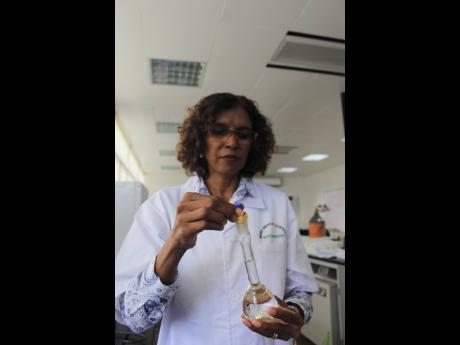 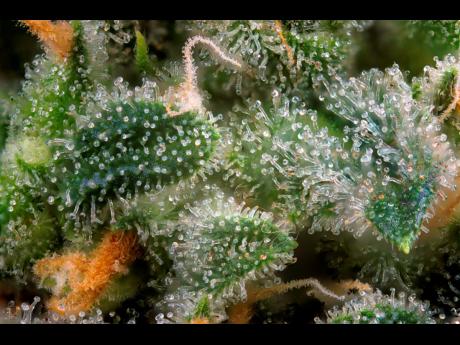 Contributed
A magnified image of a cannabis flower showing the trichome glands that house the terpenes and cannabinoids.
1
2

Have you ever smelt ganja so enticing, you just want to chop it up and sprinkle it over your favourite dish like Salt Bae, the Turkish chef who broke the Internet in 2017 with his elaborate salt-sprinkling technique?

Yes, ganja can be that good!

The aroma of your cannabis has a story to it. It playfully informs your olfactory senses of the terpene profile, which lets you know the therapeutic properties associated with a particular strain.

Terpenes are aromatic metabolites found in the oils of plants and are what give cannabis its taste and smell. More than 20,000 terpenes exist in nature, and around 200 have been identified in cannabis.

Cannabis terpenes are found on the flower and leaves of the plant, located specifically in trichome glands, along with other compounds such as cannabinoids and flavonoids.

Over time, they developed a dual role of both repelling unwanted predators and attracting pollinators, such as bees.

Different combinations of terpenes give a particular plant its own unique profile and, in the case of cannabis, can lead to multiple effects.

Fairly recent research and user experience have seen the industry shift its focus from solely cannabinoids to terpenes and how they impact the endocannabinoid system when they interact with cannabidiol (CBD) and THC.

Sativa Jamaica recently concluded a research project with The University of the West Indies (UWI) for the purpose of creating a databank of terpenes present in local ganja. Fifty plants were tested across six parishes. The findings are expected to be published shortly.

Previous research by the Caribbean Toxicology Unit (CARITOX) at The UWI identified approximately 40 terpenes in local cannabis. The tests were done on dried marijuana buds, which would have lost some of their terpene content. New research is being done with freshly cut ganja plants that will provide a more accurate representation, said Carole Lindsay, chief analyst at CARITOX.

“Terpenes are highly volatile and degrade over time and with exposure to heat,” said Lindsay. “Even by opening the container in which you store ganja, there is loss of terpene content.”

Terpenes have become more topical as researchers investigate their physiological effect. In 2011, Dr Ethan Russo conducted research on the relationship between cannabinoids and terpenoids. His research indicated that terpenes have the ability to amplify or sedate the psychoactive effects of THC. Myrcene, a terpene with an earthy aroma that is commonly found in mangoes, is believed to heighten the high of a user, the study said.

Pinene, on the other hand, can reduce the psychoactive effect of THC while increasing alertness.

Their study revealed a prevalence of carene, a terpene known for its anti-inflammatory properties that allow it to treat arthritis, bursitis and fibromyalgia.

Humulene and caryophyllene were also present in relatively high amounts.

Humulene is what gives cannabis its aroma, similar to beer, and has analgesic, antibacterial, anti-inflammatory, anti-proliferative, and anorectic (appetite suppressant) effects.

Caryophyllene is a spicy terpene and is the only terpene known to interact with the CB2 cannabinoid receptor. Caryophyllene has analgesic, antibacterial, antidepressant and neuroprotective effects.

Selina-3, 7 (11)-diene, a rare cannabis terpene with anti-microbial properties, has also been identified.

Extracting terpene is a tricky process. CARITOX uses steam distillation, a low-temperature extraction targeting terpenes that have a lower boiling point than cannabinoids.

“After it goes through the steaming process, we end up with hydrosol. We then separate the terpenes and put it through gaschromatography, which automatically identifies each terpene using a built-in databank,” Lindsay explained.

Extracted terpenes are used in the food, perfume and manufacturing industries. The market has expanded so much that companies are now creating synthetic terpenes by mimicking their chemical make-up. Synthetic terpenes can be found in household items, e-cigarettes and cannabis vape pens. They have developed a bad reputation, however; a study by Harvard University researchers revealed that lab-produced terpenes converted to toxic compounds when heated.

Cannabis vape pen makers frequently employ terpene reintroduction, which is adding terpenes to the final product, as most of them would have been lost in the extraction process for the cannabinoids. Producers typically use a mass spectrometer to map a given strain’s terpene profile so it can then be mimicked synthetically. It is advised that consumers confirm with their supplier that the terpenes in their cannabis oil are plant-derived.

While genetics play a major role in the terpene profile of a plant, there are specific cultivation practices to boost terpene production. The plant can be slightly stressed by defoliating or slightly bending some of the branches, which will force it to become stronger and produce more resin. Exposure to UV light during the flowering stage also influences the plant to produce more trichomes. Drying and curing the buds optimally help to preserve the medicinal glands of the plant. And quality soil ensures that the plant is getting the nutrients it needs.

Terpenes are the foundation of aromatherapy, a therapeutic healing process that uses aromatic essential oils for numerous health benefits. It is projected to be a US$2.35-billion industry by 2025.

“Cannabis is a versatile plant, and it’s not just about THC. Terpenes are antifungal and antimicrobial, and we need to explore that avenue some more and let growers know there is an alternate market out there,” said Lindsay.