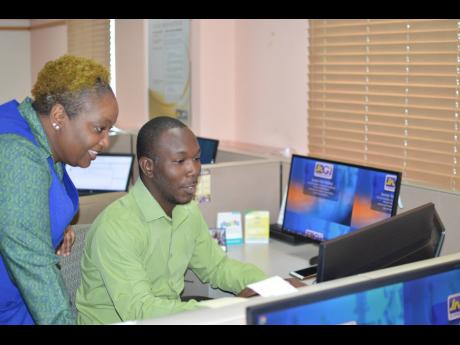 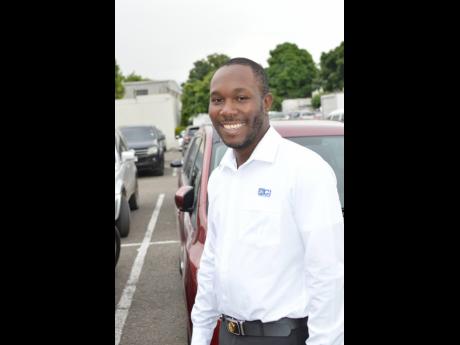 Okari Banton might not look like one, but the software developer at JN General Insurance Company (JNGI) is a revolutionary.

The computer programmer took the lead in the automation of JNGI’s funds-reconciliation process with its insurance broker partners. Named Employee of the Quarter for his efforts, Banton pointed out that this automation is part of the ongoing transformation companies must undertake to improve their efficiency.

“The changes that were introduced will make work a lot less stressful for staff handling the broker-reconciliation processes,” the technology enthusiast said, “It means they can now handle a larger number of cases quickly and efficiently to meet their deadlines.”

He explained that the challenge most general insurers face is that the policies they write, through their network of brokers, are usually received towards the end of the month, rather than in a steady stream.

“The team handling the reconciliation process, therefore, needed to work long hours to meet their monthly deadlines,” he said, “It was a resource-intensive process that resulted in a lot of pressure on staff members.”

One inspiration for him was a presentation at the Tech Beach Retreat in Montego Bay last November, where it was pointed out that increased automation has led to new jobs and higher value creation, as it frees team members from doing more basic tasks.

“This new reconciliation system is not fully automated, as staff expertise is still needed to tackle discrepancies,” Banton said, “The programme deals with the routine cases, while human ingenuity is required to deal with the more difficult ones.”

The broker funds-reconciliation programme is the biggest project he has been involved with. However, the programmer added that he accomplished the task as part of a team and needed support from his colleagues, as well as experts in specific subject areas.

“Without the help of key persons across JNGI, I would not have succeeded,” he declared.

“I worked many long hours to automate the process on deadline; but, I felt good after completing the project,” the Northern Caribbean University graduate said, adding that, “It was a labour of love.”

The father of two, who enjoys welding and touring Jamaica with his family in his spare time, said, “Whatever you do, make sure that it is you who choose to do it. Being a slave to your job is sure to kill your passion.”