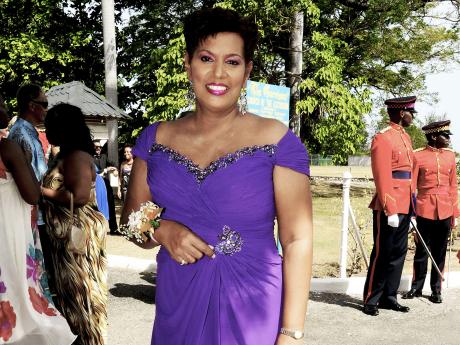 The country’s leaders have reacted with sadness at the passing of veteran broadcaster Dorraine Samuels today.

Samuels, a long-time employee of the RJRGLEANER Communications Group, died this afternoon at the age of 59.

She had been battling cancer.

"Dorraine is an icon. I don't believe we are going to see a broadcaster of her calibre and stature for a little while," he said.

"We would all have grown up listening to Dorraine Samuels on 'Good Morning Jamaica', both herself and Allan Magnus," Holness recounted. He recalled, too, that he frequently listened to the programme as a child while on his way to school.

"I became even more familiar with her in our living room doing the nightly news on TVJ. She did it so effortlessly, so professionally, and so reassuringly," he said.

Holness also praised Samuels' "pleasant personality that radiated on the screen and through the radio".

The prime minister said that he was taken aback by news of her passing, revealing that he had been following her illness but thought that she would make a full recovery.

“Her passing has put the entire Jamaica in mourning. For over three decades in broadcasting, she reflected the best of the Jamaican personality, she was a person of warmth, fairness, balance and basic decency which mirrored the best of who we are as Jamaicans,” Phillips said in a statement.

He noted that an entire generation grew up with her voice in the mornings and she represented the authentic source on which they could depend to deliver the news at various times of the day.

Culture Minister Olivia Grange, in her tribute, described Samuels as “an exemplar for women in public life.”

“Dorraine’s work on radio and television has been outstanding and her contribution to Jamaican media has been exceptional. I am very sad to hear of her passing. “This feels like the loss a member of the family. I believe that is how many Jamaicans saw Dorraine — she was like family and we admired, appreciated and loved her. We share this great loss with Dorraine’s family and colleagues and I ask that we keep them in our thoughts and prayers.”