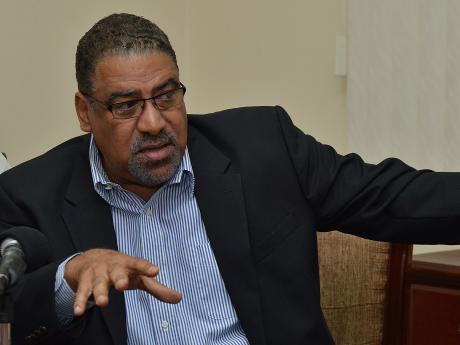 The Public Administration and Appropriations Committee (PAAC) of Parliament has directed the Finance Ministry to provide a fresh and complete list of all consultants employed to the government.

"Obviously, somewhere along the line we are missing some or we maybe missing some. We are not getting the picture that we anticipated getting in the first place," PAAC chairman Dr Wykeham McNeill said during today's meeting of the committee.

Further, it was agreed that the Ministry of Education will be invited to appear before the committee.

"It is our responsibility, it is our duty to see the ministry of education to determine whether there are any systemic inefficiencies or faults in their systems," McNeill said, while acknowledging the numerous criminal investigations involving the ministry and a number of entities that fall under its remit.

The request comes in the wake of questions in the public domain about whether persons related to former education minister Ruel Reid or aligned to the governing Jamaica Labour Party are employed as advisers and or consultants at the Caribbean Maritime University and other agencies under the education ministry.

McNeill noted that the finance ministry revealed, in response to a previous request, that there was one consultant hired to the government.

The ministry later updated that figure to three, he acknowledged.

However, McNeill said he has since heard "other names called."

"Why is it those names were not provided to us in the first place?" he questioned.

"It gives me a bit of discomfort because we are asking those questions so that we get information that helps us in our deliberations," said McNeill, an Opposition Member of Parliament.

He said it is possible that consultants were hired after the PAAC's request to the finance ministry or that the committee was only getting "people who are directly contracted under the auspices of the minister."

"However, there may be other consultants all over the place, hired in different capacities, that we don't know about. So we are asking the questions because we want specific answers," McNeill said.