The importance of polls in the East Portland election (part II) 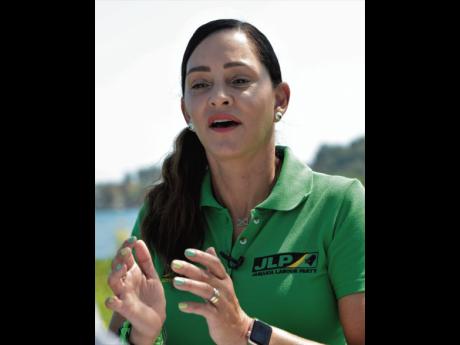 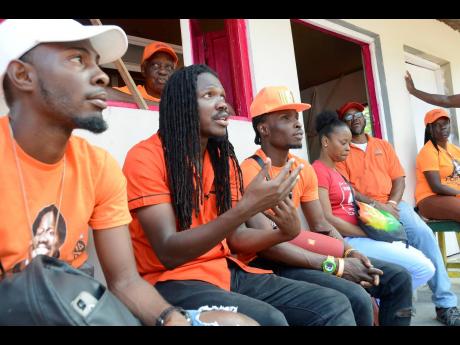 The following is part II of an analysis by Don Anderson. Part I appeared in The Gleaner on Monday, March 25.

Polls gather information and report on how people are likely to vote on election day. Polls quite often, depending on how close to an election the last day of polling is, do not capture minute changes that occur based on extraneous factors that take place mere days before the election.

This is simply because there is insufficient time to interview persons to measure the impacts of these interventions. Such interventions could be large infusions of cash into a campaign days before the election or the voters’ response to the latest poll results published.

Two examples. Or it could be rejection of final statements made days before by one candidate or the other or the offer of a tangible benefit that voters can relate to, such as the case of the Jamaica Labour Party’s (JLP) tax offer in the 2016 election.

In the 2016 national election, the People’s National Party (PNP) went in with a 21-seat majority and lost the election by one seat, 32 to 31. In the two to three years leading up to the election, approximately 176,000 more voters were registered under the PNP regime.

The East Portland election is a case in point. The PNP candidate won the 2016 election by a margin of 2,276 votes, yet the PNP lost the local government election in that constituency by 672 votes.

This race for East Portland between the PNP’s Damion Crawford and the JLP’s Ann-Marie Vaz, occasioned by the brutal murder of the sitting member of parliament, Lynvale Bloomfield, is shaping up to be the mother of all by-elections. Many consider it to be a referendum on the leadership of both Andrew Holness and Peter Phillips, the latter more so than the former. Very few by-elections have had a greater level of heavyweight support and backing from both parties‘ leadership than this one has. Clearly, much is at stake. The historical voting pattern in the constituency makes very interesting reading.

On the face of it, given the historical voting pattern in the constituency from 1989 and, hence, the trend which is so important, the PNP should canter home with a win in this by-election. On the last occasion, in 2016, when elections were held in this constituency, Bloomfield won the election by a significantly increased majority of some 2,276 votes, almost doubling the margin he won by in 2011, bucking the swing towards the JLP. Bloomfield was one of perhaps only three of 63 PNP candidates who increased their vote margin in the 2016 election. This, on the surface of it, is one of the safest PNP seats. The local government election which followed closely in 2016 saw a weakened PNP losing the ‘constituency’ count by some 672 votes.

Local government elections are never a good weathervane as voter turnout is always abysmally low. Yet, it cannot be ignored that when the votes were counted in that election, the PNP across the five divisions in East Portland polled 3,400 votes fewer than they did a few months earlier, compared to the JLP, which polled only 454 votes fewer.

This translated into a three-to- two win for the JLP in the constituency, reversing the existing pattern. It could be argued, that this result is expected in a local government election, especially when, as was this case then, the JLP is the party in power.

But it is perhaps this knowledge, apart from any other motivation that has led the JLP to target this seat as one they believe they can win. The significant effort behind the challenge is indicative of how much they want to win this seat. Apart from shifting the delicate national balance of power more in their favour, one suspects that there are other, personal factors driving this strong desire on the part of the JLP to capture this seat.

Even factoring for the natural low voter turnout for the local government elections compared to the general, a look at the voter support per division within the constituency is important. In Port Antonio, the PNP retained that division with a reduced majority of 462. The PNP also retained the Prospect division, again winning by a reduced majority of 326 votes. The JLP, on the other hand, also repeated their division wins in Fairy Hill and Manchioneal, with increased margins.

The critical decider was Fellowship division, which the JLP won by turning around a PNP win in the national elections.

So, speculators as to who will win the by-election in East Portland will have to base their assessment on one of two variables, either the national trend in which the PNP has a long history of seven consecutive wins, dating back to 1989, or the more current scenario, in which the JLP has done better at the local level.

One assumes that following more extensive and intensive campaigning over the next two weeks, more constituency polls will be done.

In the final analysis, a lot will depend on which team has done the better job of marketing in all respects, for after all, politics is not really about politics but about marketing having a good product and finding the best means and messaging for getting it into the hands of the persons who want it. This is the challenge facing both party camps at this time.

Don Anderson, CD, is head of Market Research Services Limited and an adjunct lecturer in research methods to postgraduate students at The University of the West Indies.