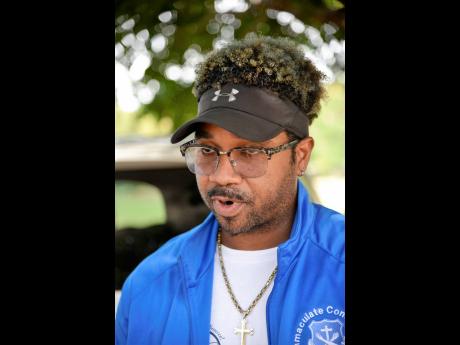 OVER the past several seasons, ISSA GraceKennedy Boys and Girls’ Athletics Championships have seen some outstanding results in field events, and this year’s championships should not be any different, with a number of quality performances expected. One athlete who is expected to do something special in this area of competition is Immaculate Conception High School’s (ICHS) outstanding long jumper, first-form athlete Jounee Armstrong.

The Class 4 long jump record is 5.52 metres and has been in existence since 2011, all through the efforts of former St. Elizabeth Technical High School (STETHS) standout Opal James.

Now Armstrong, the former Vaz Preparatory School athlete, is threatening that record. She has been the best all season in the long jump, and 100 and 200 metres, demonstrating all season that she is a cut above the class. With teams only allowed to enter two athletes for individual events, the Immaculate coaching staff must be having a headache over which to enter the talented athlete.

“In doing the final entry, we will do what is best for her and the team,” said ICHS head coach Franz Forde in an interview recently.

One of those choices, for the long jump, appears to be clearer on the face of her latest feat in that area, where she registered a winning distance of 5.88 metres at the Corporate Area Championships, the longest ever by an athlete in Class4.

An upbeat Armstrong spoke to Gleaner Sports after her jump.

“I am not surprised with my record jump because I have been training hard and I have been listening to my coach and just going out there and doing what he asked me to do, and this is really what we were working towards,” said Armstrong.

Having created history by being the first in the class to go that far, she was asked if she thinks she could go six metres.

“Of course,” she responded. “Once I put my mind to anything; I know I can do it and that is my aim for this year because every track meet where I compete I do better and better and I think six metres is possible.”

Armstrong who was very dominant at prep school, where she ran the longer distance, was asked about her first-year transition to high school.

“The difference is that in prep school, I did not take training seriously, not even the competition, as I did it for fun. But now, I am working much harder and taking things more seriously,” she stated.

The multitalented athlete was asked which event she prefers.

“In the field, I would say long jump and on the track I prefer the 100 metres,” Armstrong admitted.

Asked about her confidence heading into Champs, she said: “I am very confident going out there and winning my two events; and it feels very good knowing that I am competing for a school which is not really big in track and field.

“So, for me, to come from Immaculate and beating athletes from Edwin Allen and other top schools it is very great,” she said.