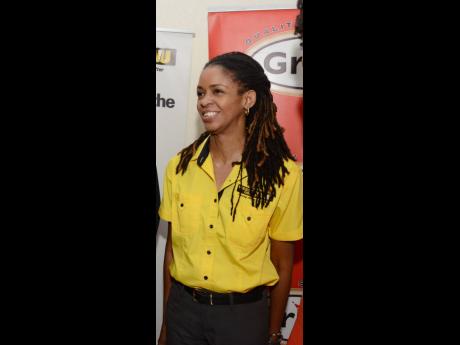 Western Union is a subsidiary of parent company GraceKennedy, title sponsors of the annual ISSA/GraceKennedy Boys and Girls Athletics Championship, which runs from March 26-30 at the National Stadium in Kingston, and an associate sponsor of what has been largely acclaimed the world’s premier track and field event for high schools.

There are two main criteria for the Western Union Bright Spikes Scholarship and Award: students must be doing well academically and on the track, and they must have a relative or financial sponsor overseas who does business with Western Union by way of remittances.

There will be three Bright Spike Awardees, one each from the counties of Cornwall, Middlesex and Surrey, who will earn a $250,000 disbursement for themselves and their school. Of the amount, $150,000 is designated for the school’s track programme, while the other $100,000 will go towards school-related expenses for the student.

Western Union promoted the scholarship through the Inter-Secondary Schools Sports Association (ISSA), which sent out the application forms and collected the entries, as well as at development meets throughout the season.

“Students who were entering had to complete an application form, write a 450-500-word essay on how they balance life on track with their academics, and provide proof of their academic record,” noted Yolande Gyles Levy, communication and sponsorship manager, Western Union.

First-time winners have already been selected and the names of the students, as well as the award, will be handed over during Champs on Friday, March 2019. The inaugural Bright Spikes Award winners are Jamaica College for Surrey, St Catherine High for Middlesex, and Cornwall College for Cornwall.

“We were pleased with the quality of entrants,” expressed Gyles Levy. “They are true student athletes who proved that it is possible to balance both academic and gruelling training schedules through focus and the right attitude, as well as strong community support.”

The Bright Spikes Scholarship and Award evolved from Western Union’ Send and See Champs Live Promotion, which was co ordinated by Western Union in six of the 11 years it has served as an associate sponsor of Champs.

It engaged customers and guests from the Caribbean, the United States and Canada by giving them an opportunity to win an all-expenses-paid trip to Jamaica to see Champs. Western Union would fete an average of 10 lucky customers, pay their airfare, cover accommodation, give them guided tours of popular Kingston destinations, and take them to Champs on Friday and Saturday.

“It was a lot of fun, but as a team, we wanted something that had more of an impact on the schools and students taking part in Champs, because in truth, they are why we even have an event to sponsor. So the team came up with the Western Union Bright Spikes Award,” shared Gyles Levy.

Additionally, Western Union is also has a customer facing scholarship award, which falls in line with Champs. It includes 14 parish scholarships for as many lucky customers – one to each parish – who will earn $75,000 for a loved one attending school up to the tertiary level. To qualify, all customers have to do is send or receive a money transfer using their Western Union (MY WU) loyalty card or number. The competition closes on April 17 and winners will be randomly selected.