Champs Fever 2019: What is the thing you love the most? 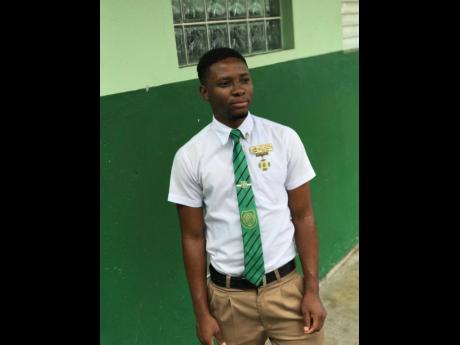 The annual ISSA/GraceKennedy Boys and Girls' Athletics Championships continue to attract interest worldwide where persons from all backgrounds appreciate the kaleidoscope of talent from our nation’s schools. However, some of the event’s most ardent supporters are our own high school students, who immerse themselves in the sporting bliss. The Gleaner interviewed several of these young supporters and posed the question, “What is the thing you love most about Champs?”

“The thing I love most would be the excitement, euphoria and passion of the student athletes. It is such a joy to see them so involved, enthusiastic and dedicated to their gift, and unearthing courage and discipline while strengthening our country’s athletics. It is also intriguing to see the healthy rivalry between schools such as KC and Calabar, Edwin Allen and Holmwood Technical. I think that is what creates the future foundation and legacy for our nation's athletes.”

“I love when we win and take home our reward once again. No one likes to lose. When we win, it brings forth a positive energy which makes us celebrate our victory. I also love the presentation of the trophy as well. We are known as champions; it looks good to us and of course the people that support us.”

“I love the vibe and enthusiasm brought to the stadium by the supporters and I also love the unpredictability of the championship, we are never sure of who is going to win.”

“I love the races where the favourite suffers a surprise defeat… . It shows the event’s competitive nature, that we have to prove who is the best in a good show of athleticism and sportsmanship. I also love seeing a friend who is an athlete perform well… you see all the hard work and sacrifices pay off. I love to watch them complete a dream they had and show all the supporters that their faith and support is rewarded by lifting the school’s name.”

“It is nice to see schools competing and showing interest in something that is positive. For example, the fact that it is so important to be winners but, in the end, no one cares about who wins because everybody celebrates. It is really nice to see some upcoming Jamaican athletes in the making… I also love the excitement; it brings a different vibe when it comes to this time of year.”

“The thing I like most about Champs is the competitiveness with each school vying for the bragging rights, trophy and the title as Boys or Girls champion. In the end, only one school can be victorious.”

“Honestly, the thing I love most about Champs is the school spirit and pride. I love seeing all the schools, even the smaller ones, compete. When people come out in their colours and everybody is looking so bright, happy and chirpy, that is something that is absolutely beautiful and you have to relish the moment… . I also love the vibe in the stands because people try to create a lot of excitement and fun. For me, Champs is not just about the athletics, it is also about the bringing together of different people. Everybody comes together regardless of their background.”