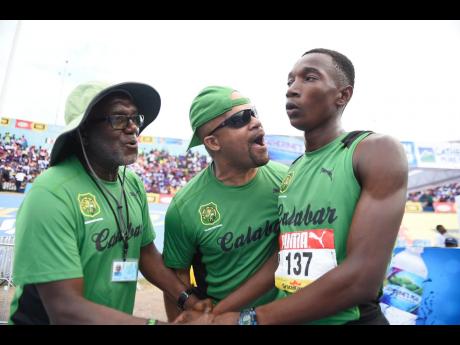 Calabar’s Kimar Farquharson produced a spectacular stretch run to shatter the boys Class One 800m record at the ISSA/GraceKennedy Boys and Girls Athletics Championships now underway at the National Stadium.

Enid Bennet’s Tyrice Taylor, who was favoured to win the event, having recorded a personal best of 1:48.86 two weeks ago, was second in 1:48.91 seconds.

In the boys Class Three 800m final, KC’s Jacquan Coke turned in an impressive late run to win gold in a time of 1:58.50 seconds.