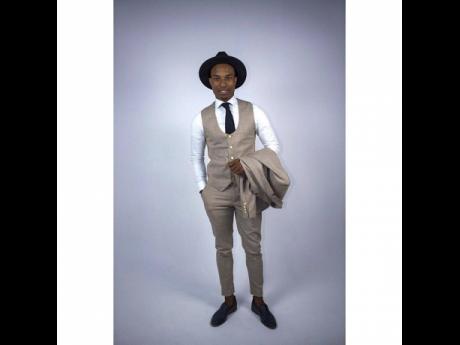 Contributed
Christopher Gayle admits that standing up for God is the best thing he’s ever done.

Nothing says ‘appealing’ like young men clothed in salvation and waving the banner of Jesus high for all to see.

In a world where gangsters are glorified and youths find more pleasure in ‘flossing’ and ‘braffing’, those who chose to boldly walk with the Lord are really a statement piece.

Young gospel minister Christopher Gayle is one such young man who admits that standing up for God is the best thing he has ever done.

“I’ve watched Him do some things in my life so profound that at times, self took me over and claimed them, but He corrects and guides me.

“Having Jehovah God in your life with a burning desire to follow Him, He will guide you and speak to your conscience that even if humans aren’t around and you should step out of track, that voice of correction will be there,” he said.

The 25-year-old told Family & Religion that he loves the fact that, contrary to the belief of many, walking with God is not boring.

According to him, “I can live my life happy as [a] youth in Christ having clean fun. The walk isn’t easy at times, but I’m reminded of His love and how powerful He is.”

Gayle, who recently came on the gospel scene, has been making big moves of late, especially through his song called The Wall, on which he collaborated with another young artiste named Dweeno.

The single was recognised as Local Hit and Collaboration of the Year at the Sterling Gospel Music Awards held earlier this month.

“I was like Gideon, always asking God to show more, or do more, even though I know it’s Him, but now, I’m all for His [will].

“And His wonders have been showing in my music. Just one year in, and a lot of opportunities I used to dream of are coming my way daily, to the point where it has now become the norm. All because of God,” he said, noting that obedience to God is the best way to go.

Encouraging other youths who are looking on, Gayle added: “God’s way is and will never be like man. Please believe in God and remove self. I always say this to people when they’re going crazy over The Wall and asking how Dweeno and I did it so well. I tell them that God could have used a baby or anyone to sing the song.

“It’s not of me but He who is in me. There’s no other way to live but for God, and it’s not boring.

“Study His words, keep friends that can help you to reach in the Kingdom, set your mind on heavenly gifts, and you will see that God will instruct you in every way. I don’t need my elders or grandma to watch me and to see if I’m doing what is required of me because being connected will automatically guide and instruct you” he said.

Also leaving a quick word on the assignment of gospel ministers in the industry, Gayle likened the ministry to a body.

According to him, “Every gospel artiste has their role to play. I might be the hand, another the head, the foot, nose or ear … but if we focus on what we are to do, the body will function properly.”