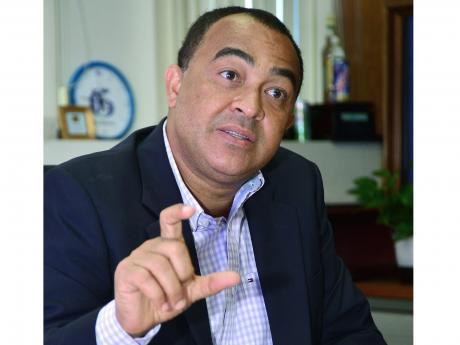 Tufton ... used Twitter to share a February 28 Jamaica Observer article in which he urged Jamaicans to seek early medical advice and to avoid confusing dengue and flu symptoms with "H1N1 being the main flu going around."

The Health Ministry has reacted to claims that the country was not informed that the Influenza A H1N1 virus is in Jamaica.

Magnus called it the swine flu and said he was not aware of any campaign informing Jamaicans about the prevalence of the H1N1 virus and how to guard against it.

His call triggered intense social media criticisms of the Health Ministry that it failed to adequately warn Jamaicans.

Opposition Spokesman on Health Dr Dayton Campbell also rapped the ministry for failing to issue an advisory on the H1N1 virus.

But in a release last night, the Health Ministry said, in a statement to Parliament on February 12, Health Minister Dr Christopher Tufton announced that the country was on flu alert.

The statement, which was cited on the Health Ministry’s website a day later, warned that the flu was serious and could result in respiratory issues.

However, it did not say any case of the H1N1 virus had been reported.

On Twitter, Tufton has also shared a February 28 Jamaica Observer article in which he urged Jamaicans to seek early medical advice and to avoid confusing dengue and flu symptoms with "H1N1 being the main flu going around."

After Magnus’ alarm yesterday, Nicole, Dawkins-Wright, acting director of emergency, disaster management and special services in the health ministry told The Gleaner there has been no recent case of swine flu in Jamaica.

She sought to explain that while the H1N1 virus is here, the swine flu strain had not been detected.

Dawkins-Wright said, the H1N1 strain currently reported in Jamaica and the Swine Flu version have different characteristics but similar manifestations such as respiratory complications.

According to the ministry, up to yesterday, there had been three deaths, six confirmed cases and 110 suspected ones as a result of the H1N1 virus.