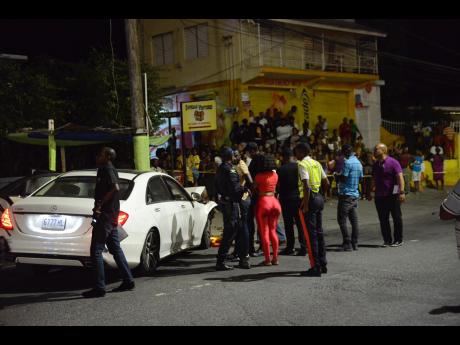 Detectives attached to the St Andrew Central Police Division are searching for clues in the shooting death of popular dancehall personality ‘Oney British’.

The 56-year-old was a member of the popular ‘British Link-up Crew’ whose leader, Owen Clarke, more popularly known as ‘Roy Fowl’ or ‘Father Fowl’, was shot and killed last month by unknown assailants at a street dance in Kencot, St Andrew.

The police report that Harriot, a building contractor, was driving along Mountain View Avenue when he was shot by men travelling on a motorcycle.

A police team reportedly took him to hospital where he was pronounced dead.