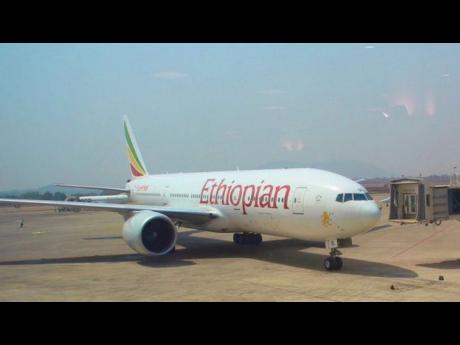 Details have begun to emerge about the final moments of the Ethiopian Airlines flight that crashed three weeks ago killing all 157 people on board.

The anti-stalling system on the Boeing 737 Max aircraft has been blamed for the disaster.

Reports indicate that shortly after take-off – approximately 450ft above the ground -- the nose of the aircraft began to pitch down.

At that point, according to the Wall Street Journal, the United States-based newspaper, one pilot was heard telling the other "pitch up, pitch up!" before their radio died.

The plane crashed six minutes into the flight.

The Wall Street Journal, citing people close to the ongoing investigation, says it has information which "paints a picture of a catastrophic failure that quickly overwhelmed the flight crew.”

Leaks this week from the crash investigation in Ethiopia and in the US suggest an automatic anti-stall system was activated at the time of the disaster.

The Lion Air flight – also a Boeing 737 Max -- went down shortly after take-off from Jakarta, killing all 189 people on board.

An investigation of the Lion Air flight suggested the anti-stall system malfunctioned, forcing the plane's nose down more than 20 times before it crashed into the sea.

Authorities in Ethiopia have already said there are "clear similarities" between the Lion Air incident and the Ethiopian Airlines crash.

The airline and authorities have refused to comment on leaks from the investigation.

Concerns about the Boeing 737 Max have led to a worldwide grounding of the plane.

Boeing has redesigned the software so that it will disable MCAS if it receives conflicting data from its sensors.

As part of the upgrade, Boeing will install an extra warning system on all 737 Max aircraft, which was previously an optional safety feature.