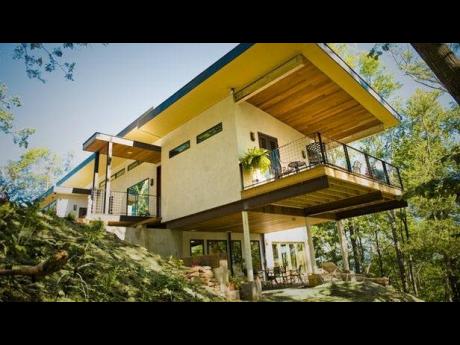 As Jamaica pushes towards creating functional and affordable housing options, a United States-based organic hemp consulting agency is touting the use of industrial hemp in construction to satisfy the high demand for accommodation.

The Colorado Hemp Project is set to promote the use of industrial hemp here by giving away Jamaica’s first hempcrete house as a gate prize at the third Build Expo and Conference 2019, which takes place at the Montego Bay Convention Centre from June 21-23 under the theme ‘Grow Your Own House’.

According to event organiser Dwight Crawford, the hempcrete house is a “practical showing of the possibilities of natural resources” that are available on the island.

“They (Colorado Hemp Project) are interested in encouraging the build-out of an industrial hemp industry in Jamaica and have selected our expo and conference as the promotional platform and the best way of getting the message out,” Crawford explained.

CHEAPER THAN BLOCK AND STEEL

In the absence of a local industrial hemp industry, Crawford estimates that construction costs would hover around $7,000 per square foot, cheaper than the block-and-steel comparative of $8,500-$10,000 per square foot. He posits that the build-out of a hemp farming industry in Jamaica could drive down costs by 36 per cent to $4,500 per square foot.

The promoters of hemp housing also argue that industrial hemp is a more environmentally friendly and sustainable option for construction.

Crawford’s comments were corroborated by Dani Fontaine of the Colorado Hemp Project, who proffered that industrial hemp has been used to construct buildings for centuries. She cited France as an example where there are more than two million hempcrete houses, many of which date back to the 1800s.

Hempcrete has even been used in France in bridge construction dating back to the 6th century. It is made from the woody core of the hemp plant, which is combined with a lime-based binder.

Fontaine said her organisation’s mission is to grow, build and donate hempcrete houses, which she describes as being hurricane- and earthquake-proof, fire retardant, and mould-resistant.

“It is one of the best construction materials known to man. You can virtually grow a house off of two acres, a 300-square foot house, which is absolutely amazing. The potential of the plant for this country is so huge in ways that it would be life-changing for everybody involved,” she said.

But even if the structural elements used in hempcrete houses – foundation, columns, beams – are made of steel or reinforced concrete, the taller hurdle is getting prospective homeowners, often resistant to change, and developers to experiment with unconventional material.

The Bureau of Standards Jamaica has reportedly been studying adobe solutions and researching the addition of bamboo fibres to local clay.

Hempcrete housing has received backing from area chair of the Jamaica Hotel and Tourist Association, Montego Bay chapter, Robin Russell, who cited spin-offs for tourism. The imminent expansion of hotel room density on the island’s northwest coast will require additional workforce and, thus, increased accommodation for workers, he told The Sunday Gleaner.

The hotelier, who operates the Deja Resort on Jimmy Cliff Boulevard, said he has been anticipating the day when entrepreneurs would launch a bankable option of affordable housing.

“In the next year or two, there will be 5,000 hotel rooms between Green Island and Trelawny. It is super important that we put the infrastructure in place before these hotels are built, or we will end up with tenement yards, or we end up with them squatting in areas that they shouldn’t be,” said Russell.

“We have to have workers that have roofs over their heads and don’t have to worry about their kids going to school. So Build Expo is important to the development of tourism,” he added.