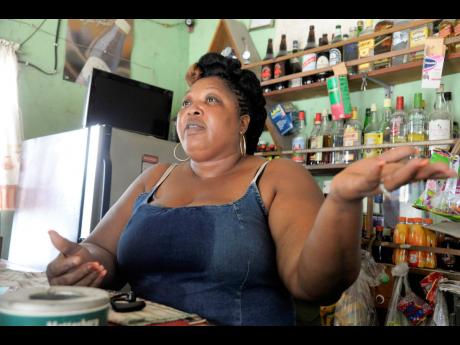 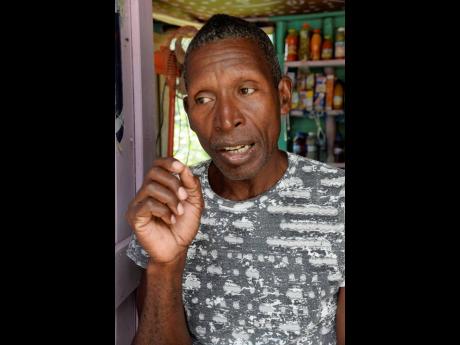 Landowners along the US$25-million Ferris to Mackfield road rehabilitation project in Westmoreland say they are still awaiting word on when they will be compensated for properties that have been acquired by the Government to facilitate the 13.36km thoroughfare.

“My husband’s property is the second land that they cut in Haddo. That is from last year May, and we still have not heard a word from any government or Chinese representative,” bar operator Pauline Blackwood told The Sunday Gleaner.

“We do not know the valuation on the properties that they are to pay for; they decided that. There was no dialogue, they just come in and do their thing.”

According to Blackwood, who has been operating her establishment in Haddo for the past 15 years, the language barrier between the Chinese and local representatives was almost insurmountable.

“To make matters worse, we have to be living without water because they had to dig up the pipes … but no water is being trucked to us … . Not a word.”

Retired lawman Gary Cooper is also awaiting payment, but only for some fruit trees that were removed from the lands he owns, as he has no title to prove ownership.

“From the Chinese and NWA (National Works Agency) come around, they say that anyone that doesn’t have any title will not get any money,” he said. “They go on my property and cut down my fruit trees and promise to pay for it from December 18, 2018, and until now I have heard nothing from them … .

“I am paying the taxes, but I have no title, so it’s like I don’t have no say, and it doesn’t make any sense I demonstrate.”

However, Janel Ricketts, community relations officer for the NWA’s Western Region, says there has been constant dialogue between stakeholders and local representatives.

“It is just that persons are understandably anxious about compensation, but the process takes a little bit of a time … . It is the same process for fruit trees.

“Most recently, the Legal Department, over a couple of days, met one-on-one with residents of communities along the corridor and a community meeting was held with residents in January. Our team is also on site daily, hearing grouses from residents and trying to apply the appropriate remedies,” Ricketts told The Sunday Gleaner.

Payments are within the purview of the National Land Agency (NLA).

The NLA, having made its determinations, will send the requisite approvals to the NWA for payment.

The works, which started in April 2018 and are projected to be completed by April 2019, involves widening of the road, as well as the construction of retaining walls and major improvement in the drainage systems. The project is 80 per cent complete.

“In terms of the land, we cannot pay unless you are a titled owner, as there are legal implications to it,” Ricketts told The Sunday Gleaner. “If there are four brothers, who do you pay when no title is produced?

“Where a building is concerned, one can get a justice of the peace to verify their information, so in those cases, you do not need a title, but we must have something in writing,” the community relations officer said.

Claims of landownership must be accompanied by a title.