Budget should reflect distributive emphasis in the post-IMF period - Roberts 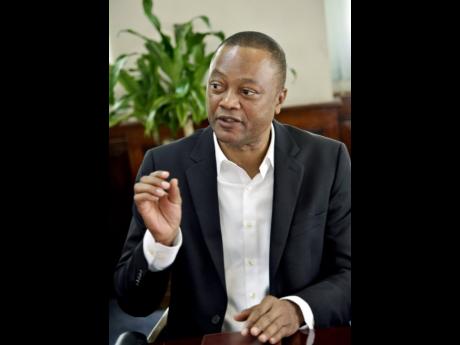 Senior lecturer and head of the Hugh Shearer Labour Studies Institute, Danny Roberts, said that while there were positive aspects to the Budget, including easier access to funds for tertiary students, emphasis for funding on research and development through the universities, upskilling of workers in the business process outsourcing sector, and access to financing for the micro-small and medium enterprises, there was a need for the Budget to have focused more on macroeconomic determinants that boost productivity, increase wages and stimulate aggregate demand.

Speaking at a post-Budget panel discussion hosted by the Sir Arthur Lewis Institute of Social and Economic Studies and the Department of Economics at The University of the West Indies last Wednesday, Roberts, who is also co-chairman of the Public Sector Transformation and Oversight Committee, said that he was anticipating greater emphasis placed on public-sector transformation as “a means of building out quality public institutions as enablers of economic growth.”

He observed that the fourth review under the Precautionary standby arrangement with the International Monetary Fund in November 2018 continue to highlight “the prolonged weakness in domestic demand” as one of the major down-side risks to the programme. Roberts argued that for this reason, the Budget needed to reflect some emphasis on labour market reform to boost sustainable economic growth and have the required distributive effects towards achieving equity. He noted the absence from the Budget of supply-side policies to improve labour and capital productivity, improve incentives to look for work and invest in people’s skills, reform of labour and employment laws, and bring the minimum wage more in line with a liveable wage.

In the period following the Great Recession, Roberts said that many countries have begun to challenge the ‘conventional wisdom’ about economic policies and thinking, particularly whether wage stagnation can boost economic growth and reduce poverty, and “whether growth should be in the driver’s seat and distribution in the back seat”. He urged the UWI to access the funding available under the Budget to deepen research on alternative models of economic development since, despite the positive macroeconomic indicators, economic growth remains weak.