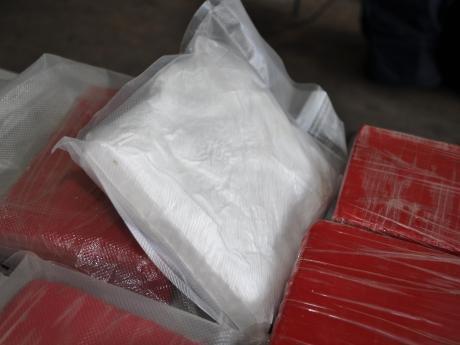 The latest International Narcotics Control Strategy Report (INCSR) by the United States (US) Department of State has highlighted that there was a significant drop in the seizure of cocaine by the Jamaican authorities last year.

The report indicated that the Jamaica Constabulary Force (JCF) reported that the authorities seized 63kg of cocaine in the first nine months of 2018.

It was noted that the Jamaican authorities seized 658kg during the same period in 2017.

"In 2018, the JCF's forces have been stretched thin by various state of emergency operations," the State Department report noted.

St James was under a state of public emergency for just over a year.

Similar measures were imposed in sections of the Kingston Central, Kingston Western and St Andrew South Police Divisions as well as in the St Catherine North Division.

Those measures latest for several months.

Meanwhile, the report stated that significant cocaine seizures at or near the Port of Kingston have indicated that large shipments reached Jamaica via commercial shipping containers from South America.

Cocaine also arrived in Jamaica via small go-fast watercraft from Central and South America, likely with the assistance of larger fishing vessels that served as mother ships, the report highlighted.

"After reaching Jamaica, some cocaine shipments are trans-shipped in containers through the Port of Kingston on to vessels bound for the United States and other international markets.

"Other shipments enter the country and are divided into smaller quantities for outbound shipment via other means, including concealment in luggage, human couriers, air freight, or small watercraft," the report outlined.

It added, "US law-enforcement agencies work closely with Jamaican police and customs officials to develop leads, share information, and facilitate interdiction of drug shipments originating in or transiting through Jamaica. The US government has supported the Jamaican police's Narcotics Division with equipment, including 17 donated vehicles and a training room, as well as training."