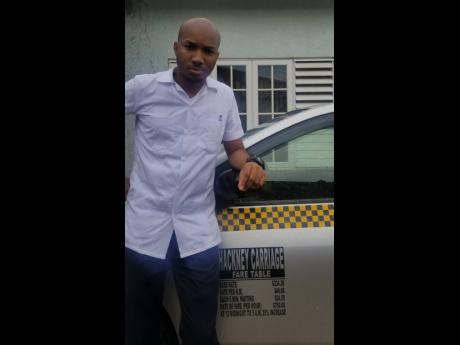 Contributed
Jermaine Kelly, entrepreneur and final-year student at the University of Technology. 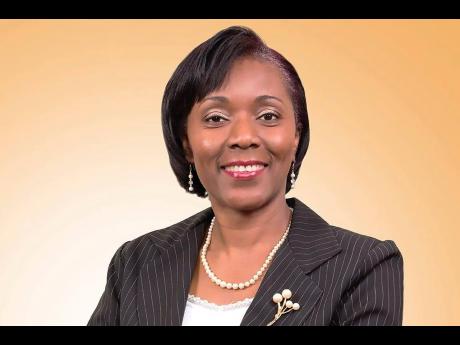 The United States-based publication Atlantic Magazine asserts that millennials are the “best-educated generation in American history,” with more than a third holding a bachelor’s degree or higher.

Nevertheless, they may become the first generation of Americans to be worse off than their parents, with lower incomes, more debt, and higher poverty rates.

To succeed, millennials will need some major preparation, especially considering that the world around them is changing constantly, the magazine posited.

While there is no local data about millennials in Jamaica to make that assumption, the general view is that persons in this age group have grown up with technology, and this has not only made life easier for them in many respects, but has also created numerous opportunities for generating wealth.

However, one millennial, final-year student at the University of Technology, Jamaica (UTech), Jermaine Kelly, is making use of these opportunities by defining his own destiny and carving out a niche for himself, so that he can have a secure future.

Kelly has established a taxi service, which he hopes to expand into a fleet; and, if he has his way, to branch out into trucking within the next five years. His entrepreneurial spirit, however, started a few years before, at age 17, when he had a “sweetie business” while he attended high school.

“From a younger age, I was worried that I had to rely on other persons to get money. I didn’t like that, and I wanted to be independent; therefore, I decided to research opportunities from which I could benefit financially,” he related.

“I thought about selling sweets; however, I didn’t want to be walking around selling sweets at the expense of my education; hence, I engaged the vendors at my school, and asked them if they would sell the sweets for me,” he explained.

Kelly said the vendors were kind enough to assist him, and he was able to earn a profit of $1,500 every week. He benefited from those funds for about two years, as he was able to meet his personal financial needs and saved a good portion of that income.

The success of that business became an ember which sparked other desires for him to establish a formal business.

The bachelor’s of education student, who is majoring in electrical engineering, said that after entering university, in his second year, he went on the student work-and-travel summer programme in the United States of America (USA); and, he was able to accumulate enough money to cover his next year’s tuition and saved some of it.

“I saved US$2,000 in my bank account for a future business. At the time, I didn’t know what I wanted to do because the market was changing a lot. The next year, I went back on the USA programme and was able to save US$3,000. The following year, I returned to the programme, and I doubled my savings. Over the three-year period, I was able to accumulate approximately US$11,000,” he disclosed.

He began to do his own research to determine what kind of business he could get into with the nest egg that he had accumulated.

“I said to myself, I’m in my final year of school and can’t finish school without a plan. Therefore, it was weighing on my mind. Then it occurred to me that perhaps I could go into the taxi business because I realised that there was demand for transportation services,” he said.

He imported a car, and since then, he has been able to license and insure the vehicle with the assistance of his girlfriend, Bobbie-Ann Campbell, and is in the process of getting a driver for the vehicle.

Kelly, who is a member of the JN Group, said his entrepreneurial spirit was nurtured by the book The Richest Man in Babylon, a 1926 classics by George S. Clason which dispenses financial advice through a collection of parables set 8,000 years ago in ancient Babylon. The book is still in print, almost a century after the parables were originally published, and is regarded as a classic of personal financial advice.

He was also influenced by his uncle, who is a farmer in St Catherine, where he witnessed the progression of his growth in the business and, over time, was able to accumulate wealth and improve his dwelling.

His father, Dave Kelly, said he has always encouraged his son whenever Jermaine discusses his business ideas with him. “I assist him in thinking them through, and this allowed him to become more confident in moving forward.”

Rose Miller, grants manager at the JN Foundation, commended Kelly for his drive, vision, discipline and initiative; and said these are important traits not just for success in business, but for life.

“We are in a period in time where opportunities abound. Young people should be encouraged to think outside of the box and utilise different mediums to nurture their entrepreneurial drive,” she said. “They should be ready to take advantage of these opportunities to create employment for themselves and others,” she affirmed.

Miller cautioned, however, that if millennials are to achieve financial stability and ,ultimately, financial independence, they must utilise the tried and tested financial tools.

She advised that “it is important to create and stick to a budget; always ensure that credit is used primarily for wealth creation; save and invest consistently; and incorporate insurance in your plans as a means to create, preserve and eventually transfer wealth. Finally, believe it or not, giving back is also a part of the formula for financial success.

“Step out boldly, be confident, the information required to make wise choices are readily available; seek and pursue knowledge and achieve your life goals,” Miller advised.