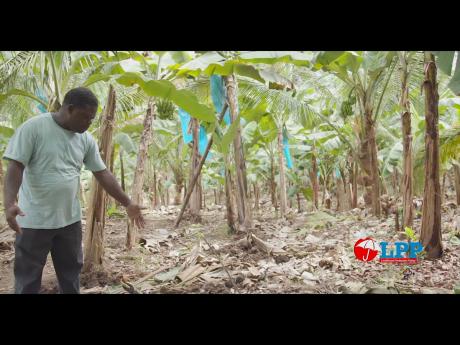 The corporate entity’s Livelihood Protection Policy (LPP) answers the cries of many from the local agricultural sector and farming community. Last year, Audley Shaw, then minister of finance, now minister of industry, commerce, agriculture and ­fisheries, emphasised the importance of introducing this type of insurance coverage to enable small-scale farmers to recover quickly from setbacks after weather events.

The new policy issues automatic individual payouts when certain thresholds for wind speed and rainfall are met during a weather event and was created as part of the implementation of MCII’s Climate Risk Adaptation and Insurance in the Caribbean project. It does not require any assessment of property or damage and pays out to a policyholder’s bank account within 14 days if wind speeds or rainfall triggers the policy.

Courtney Cole, chief technical director of special projects at the Ministry of Industry, Commerce, Agriculture and Fisheries (MICAF), said that the issue of not being able to secure appropriate risk coverage for farmers “has been one of the most challenging areas in the business of agriculture.”

“The ministry encourages the whole risk management and financing sector to be innovative in the diversification of their portfolios to include risk-funding packages that could underwrite the recovery of the sector at least in part or in specific areas until there is growth and maturity of such a subsector within the broader financing industry,” Cole said.

Surveys performed by the Caribbean Catastrophe Risk Insurance Facility in five islands, including Jamaica, indicate that many persons who suffered loss from weather events did not repair or replace damaged assets or borrowed money to recover. It was revealed that a significant number of persons used their savings or waited for help from their government to restart their farming.

Grace Burnett, managing director of GK Insurance, said, “Parametric-based solutions are relatively new globally, and so we’ve spearheaded this innovation to provide an insurance solution that will get them back on their feet in a timely manner. The agriculture sector, more than any other, sees the need for it.”

This was especially so for Gary Watson, a banana farmer ­operating in St Mary who has experienced the devastation caused by storms first-hand. He said, “It’s been a very difficult operation over the years, especially when it comes to ­climate change. In the first six years, I encountered four ­hurricanes that wiped out at least 80 per cent of the farm. I was very frustrated and wondering if this would make any sense.”

Depending on the parish, LPP holders can expect a payout when they have received between six and 10 inches of rain within a 24-hour period or sustained wind speeds of 50 to 80 miles per hour. Watson, currently a policyholder under the LPP, received his first payout last year to assist with the recovery of his farm after a trough across the central Caribbean dumped extremely heavy rainfall on the island for four days in May 2017.

Micro-insurance is generally designed for entrepreneurs such as fisherfolk, taxi drivers, ­domestic workers and small-scale ­entrepreneurs. It is especially beneficial for farmers across the island as climate change continues to impact the Caribbean, causing even more ­frequent and intense storms.