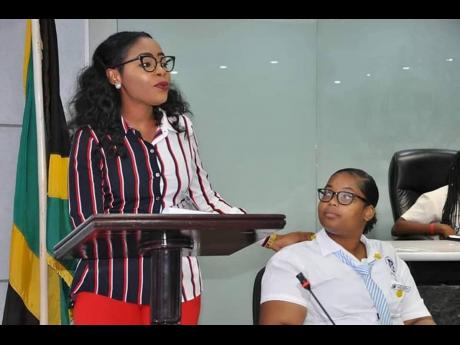 Santana Morris, Jamaica’s youth ambassador to the United Nations, has commended the Montego Bay Community College (MBCC) for putting in place plans to introduce Mandarin in its curriculum this September.

Dr Marie Nelson, the principal of MBCC, announced the new language course on Monday during a visit to the school by China’s ambassador to Jamaica, His Excellency Tian Qi.

“The decision to commence teaching Mandarin at the MBCC is a move in the right direction. The benefits of learning Mandarin are enormous in the global environment, and I welcome this progressive move by the MBCC. I hope that other educational institutions will follow this trend,” Morris told The Gleaner on Monday.

The youth ambassador, who had been advocating for Mandarin and French to be taught at the early-childhood level, said that the move to teach Mandarin to students was in line with current global trends, where more countries were entering into business deals with China. At the same time, she noted that any resistance to Chinese nationals, owing to cultural differences, would have to be addressed.

“We cannot change people’s behavioural patterns; what we have to do is ensure we go through a transformational process so we can be prepared to have conversations with the Chinese, even in their language. That would put us at a greater advantage so we can know what they are saying and interpret their thoughts, and communicate our thoughts effectively.”

The MBCC’s new Mandarin programme would follow in the footsteps of the University of the West Indies (UWI) Mona Western Jamaica Campus, which launched a similar programme in 2014.

During Monday’s visit with MBCC officials, Ambassador Tian noted that approximately 200 million persons outside China were learning Mandarin as a second language.