Lori-Ann Williams: A life with purpose 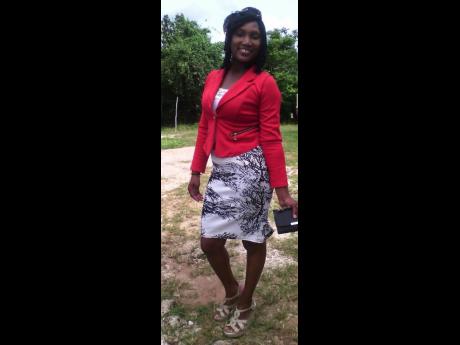 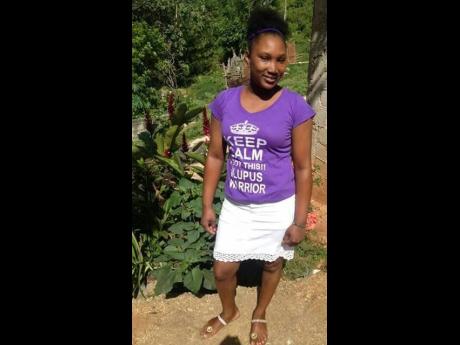 June 5, 2001, is a date that Lori-Ann Williams will never forget as it is the day that her 12-year-old self was told that she had an incurable illness, lupus, which she would have to live with for the rest of her life.

Williams, a lupus warrior for almost 18 years, recalls experiencing pains as early as six years old, along with a high fever. She later realised that she had a black spot on her nose, and by grade six, it had started to spread had and got worse. By grade seven, other symptoms had come into play. She was having pains and started feeling weak. It was not until Williams paid a visit to her aunt in Mandeville at the start of summer 2001 that her world would come crashing down.

“I remember going to my aunt, and as soon as she saw my face, she took me to the doctor the same evening. The doctor ordered some tests, and that was when I was told that I had lupus,” William recounted.

While it must have been a relief to know what had been causing the scars on her face, with lupus as the reason, life would become a bit more difficult for the teen.

“I had no idea what lupus was and what it could do to the body, and that made it even more scary,” Williams said. “It is after constant doctor’s visits and with the help of my grandmother, who would bring home brochures and pamphlets with information about lupus, that I would get information, but it still was not enough,” she continued.

Williams said that lupus was a challenge during her teen years, causing her to miss school and eventually costing her the chance to sit her high-school exit exams.

“I was in bed for two months straight once, and I just could not move, so I missed all that time out of school,” Williams said.

Williams tried to stay positive in spite of what she was going through, but at age 15, she made a decision she would never forget.

“Lupus became overwhelming. The constant aches and pains got the better of me, and I decided to just take all my painkillers and end the pain once and for all,” she said, “I am very glad I did not go through with it because I believe I am here for a purpose.”

Even though more people are now aware of lupus, there are still others who do not know of the illness and do not comprehend the amount of struggle that goes along with it.

“People don’t always understand what I am going through, even after explaining,” she said, “Many still come to me and say, ‘But you don’t look sick’, which is something I hate because I have to take medication each and every day in order to ‘not look sick’ or just go about my day.”

The recurring theme of support as it relates to lupus is also a part of Williams’ story as she gives thanks for an amazing mother, Collene Small, who has been there for her.

“I will always be grateful for my mother, who has been in the midst of it all with me,” Williams explained. “She accompanies me every time I go into Kingston for a doctor’s appointment. She is my rock, and I don’t know what I would do without her in my corner.”

Williams told The Gleaner that a positive attitude is the main vehicle that drives her through the day, along with her steadfast belief in God as she is a Christian. She uses Philippians 4:13, “I can do all things through Christ who strengthens me,” as her guide each morning.

“I rely on God for everything!” she said. “Yes, living with lupus is hard, but I believe God gives the hardest battles to His strongest soldiers, and I am willing to fight and fulfil my purpose.”

For Williams, giving up is not an option, even though she was recently diagnosed with thyroiditis. While it is not cancerous, she now has another illness that can only be treated with a specific medication, with the possibility of having surgery in the future.

Not many could handle the hand that Williams has been dealt, but she continues to be positive, smile and do her best in all her endeavours.