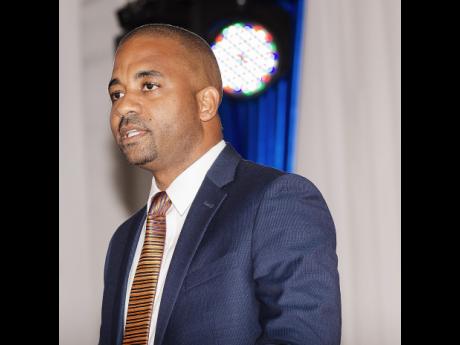 Steven Gooden, CEO of NCB Capital Markets: "Our objective is to create an Amazon-like experience."

When the Wigton Wind Farm IPO (initial public offering) opens, investors looking to participate will be able to do so through a new, revolutionary digital platform courtesy of NCB Capital Markets Limited (NCBCM), one of the selling agents for the new offer.

In a release, NCBCM said the online portal, dubbed ‘GoIPO’ and created in conjunction with the Jamaica Central Securities Depository Limited (JCSD), is designed to promote ease-of-use, allowing participants to electronically submit their applications from their computer, tablet or mobile device. The service expected to eliminate the need to visit a location and significantly reduce errors associated with manual processing and paper-pushing.

The Wigton transaction is expected to be among the largest of its kind, similar to the Wisynco Limited IPO floated in December 2017.

“NCB Capital Markets had the distinction of executing the Wisynco IPO, which saw us processing over 8,000 applications… the most, by far, under the stock exchange’s dematerialised framework,” said NCBCM’s CEO Steven Gooden, admitting that the manual processing of the subscriptions proved to be an administrative and logistic nightmare for both NCBCM and the Jamaica Stock Exchange (JSE).

“Wigton, in terms of dollar value, is expected to be similar to Wisynco and as such, we thought it the perfect opportunity for us to showcase this solution that will be a much faster and efficient process. Our objective is to create an Amazon-like experience,” Gooden said, noting that there is no additional charge or fee associated with accessing the GoIPO solution.

Of the GoIPO solution, he further noted that the platform was encrypted, providing security and confidentiality to users, who can access the digital portal once they have a JCSD number. Gooden said, too, that as selling agents of the IPO, NCBCM possesses the largest distribution channel within the broker space and clients who do not wish to apply digitally are encouraged to complete and return their forms to NCBCM locations islandwide.

For 2018, NCBCM accounted for approximately 50 per cent of the value of transactions traded on the JSE main market.

“It’s an exciting time to be a Jamaican and as a leading brokerage firm, we believe in the creation of an ownership economy - giving everyday people the ability to own shares and actively participate in the country’s growth agenda,” Gooden said.

An IPO is an initial public offering, or the first sale of stock by a privately owned company to the public. IPOs are often issued by companies seeking the capital to expand, but in this case the government is divesting the company, for which it has 100 per cent ownership, in public hands.