Boeing to temporarily cut production of its best-selling 737 planes 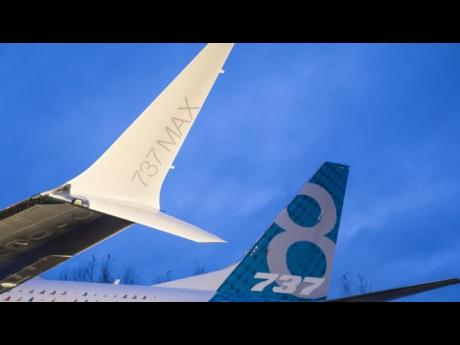 United States (US) plane manufacturer Boeing has announced that it is temporarily cutting production of its best-selling 737 airliners.

The move marks the latest fallout from crashes in Ethiopia and Indonesia involving the 737 Max model.

The US, Jamaica and several other countries around the world have banned the 737 Max aircraft from flying over their airspace.

Boeing says starting in mid-April production of the 737 airliners will drop from 52 a month to 42.

The company acknowledged, in a statement, that the decision was in response to a halt in deliveries of the 737 Max planes.

The plane has been grounded by regulators as preliminary findings from both crashes have suggested its anti-stall system was at fault.

A 737 Max aircraft operated by Ethiopian Airlines crashed minutes after take-off from Addis Ababa in March, killing all 157 people on board.

Five months earlier, another 737 Max aircraft. This one operated Indonesian airline company, Lion Air, crashed into the sea shortly after taking off from Jakarta.

That accident claimed the lives of 189 people.

In both cases, the preliminary findings showed that the pilots wrestled with the plane’s anti-stall system, known as MCAS, which caused the planes to nose-dive repeatedly.

A report from authorities in Ethiopian, which was issued on Thursday, said the pilots of one of the doomed aircraft "repeatedly" followed procedures recommended by Boeing before the crash.

Chief Executive Officer of Boeing Dennis Muilenburg said his company “now knows” that the Lion Air and Ethiopian Airlines crashes were “caused by a chain of events, with a common chain link being erroneous activation of the aircraft's MCAS function.”

“We have the responsibility to eliminate this risk, and we know how to do it," Muilenburg said in the statement from Boeing.

He reiterated that Boeing was making progress on updating the MCAS software and finalising new training for Max pilots.