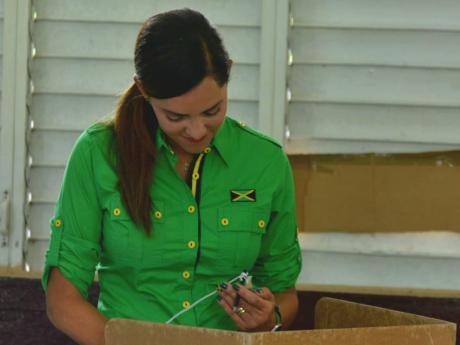 The final count by the Electoral Office of Jamaica (EOJ) has given the Jamaica Labour Party’s (JLP) Ann-Marie Vaz a slightly higher margin of victory in Thursday’s Portland Eastern by-election.

Further, the EOJ says after receiving the results from the returning officer for the constituency, the Director of Elections will advise Governor General Sir Patrick Allen and the Clerk to the Houses of Parliament of the winning candidate.

The final count was completed earlier this evening at the Port Antonio High School with both Vaz and her People’s National Party (PNP) challenger Damion Crawford increasing their tally of votes when compared with the preliminary count.