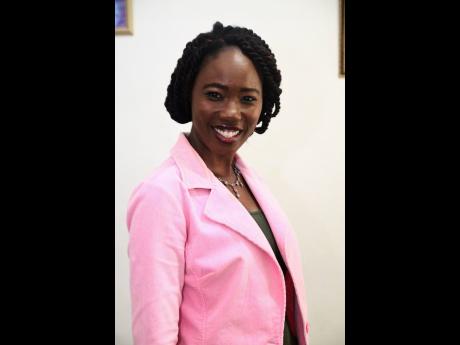 Driven by their strong desire to bring deliverance to a nation that was crippled emotionally and spiritually from the effects of political rivalry, crime and corruption in the 1970s, young evangelist Herro Blair and his wife Alma responded to the call of God to start the Deliverance Evangelistic Association (DEA) in the 1970s.

Since then, more than 20 churches have been started under this association spanning several countries around the world. But while many have since come to appreciate the impact of this ministry, this was not always the case as the pastors faced many challenges in getting the vision to [visiting] become a reality.

“Some of the churches were vandalised, and squatters invaded the property, while in other instances, persons showed their disapproval of having churches established in their communities by planting crops on the property that the association was actively paying rent or lease for. Opposition by some political personnel was another contending factor, but the evangelist continued to rely on the One who had called him,” said general secretary for the DEA, Venesia Thompson.

The couple, who are now senior pastors at the Faith Cathedral Deliverance Centre in Kingston, persevered despite the challenges.

“We are actively involved in outreach programmes such as missions; catering to the needs of the people; verbal proclamation; meeting the needs of the community through home fellowships, crusades, street meetings, shut-ins, hospital and prison visitations, among others,” said Thompson.

“In addition, we currently operate a home for the aged, Corrine Jackson’s Home, which cares for folks who have no caregiver at a specific stage of their lives. Besides that, we have established early-childhood centres in several of our churches and adult evening classes,” she said.

The DEA is currently preparing for its 43rd annual camp meeting, which is one of the most important events on the church’s calendar. The event will be held from April 10 to 14 at the Faith Cathedral Deliverance Centre, 104 Waltham Park Road, under the theme ‘Bless Me Indeed’.

“The objective of camp meeting is to lead all to separate from our regular routines and devote five glorious days exclusively to reflect, fellowship, renew our vows to God, and seek Him for His divine Spirit to guide our steps aright. It is also one of the most effective methods of arresting the attention of the people and reaching all classes with the gospel invitation,” said Thompson.

She said that those who attend will not be disappointed.

“They will meet anointed and dynamic speakers face to face who will change the course of their destiny so that they can uncover God’s plan for their next move. They will be coached with real-life principles or experiences to break out of their comfort zone and have greater focus in fulfilling their purpose,” she continued.

“They should anticipate a personalised experience, relevant education, and takeaways that will force them to grow and challenge them. We also believe that the DEA has been consistent in celebrating each anniversary with a level of uniqueness, that is, you can always expect something new and awe-inspiring,” she ended.