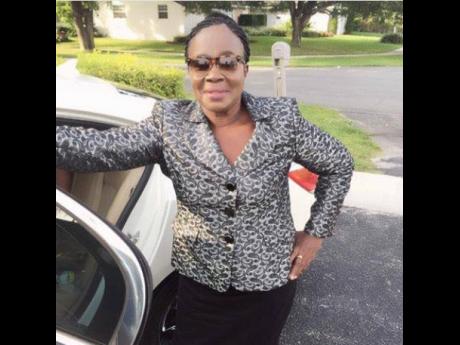 They say that if a man can do it, a woman can do it better, and that is seemingly the mantra of 56-year-old Florette Redman, who has for decades done all she needed to do to succeed in a profession dominated by men and care for her children.

For 15 years, Redman travelled the route from Santa Cruz to Malvern in St Elizabeth – not as a passenger but as a taxi driver.

“To be very honest, when I just started out, I was running a little robot taxi, because I really loved driving, and I had my one and two people I would carry,” she said.

But Redman knew the dangers of operating without the requisite documents and decided that it was best to make her business legitimate. After all, that was her only source of income at that time.

“I applied for my road licence shortly after, and things began working out. Initially, people were sceptical, and I remember one day even seeing a former classmate, and I asked him if he was travelling, and him hesitate. Me haffi tell him say a nuh lift me lift the car bring it down, a drive me drive it,” she said laughingly.

Over time, she made her name, and is now known as the only licensed female taxi driver on the route.

“You will always have people who won’t drive with you for whatever reason, even family, but that is life. I have my regulars, and I love the elderly and children. They bring joy to me, and you will always see me carrying them,” she said.

She continued, “I used to do small jobs, but I have come to love this because this is what I used to send my four children through school. One died three years ago, and it saddens my heart, but the other three are doing well for themselves locally and internationally.”

She said that as a woman in the male-dominated field, she has been on the receiving end of much disrespect but just as much endorsement.

“I used to have a hard time reversing, and the taxi men them used to rough me, but them used to teach me, as well, and because of that, the young drivers coming in now, I have to help them. Even if they forget my kindness, I still help.”

She said that not even the catty comments from other females can deter her grind.

“If I had the choice to live over my life, I would choose this. I try to create a harmonious atmosphere for my passengers and just live good with everybody. This is what has been feeding me and taking care of my family, so I am not going to leave it until it is time,” Redman ended.