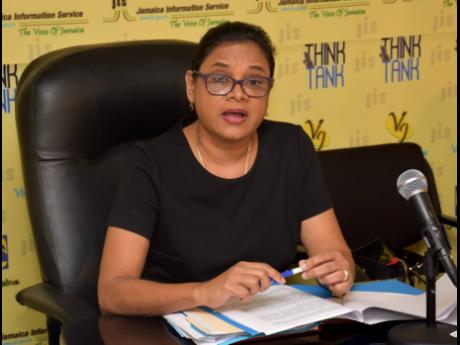 Five of the 116 people who have tested positive for influenza A (H1N1) in less than four months have died, but with only 35 per cent of the vaccines dispatched locally to fight the deadly flu, thousands might be discarded later this year, as Jamaicans have been reluctant to get vaccinated.

According to data from the Ministry of Health, 18,500 doses of flu vaccine have been dispatched locally since October 2018, but up to Tuesday of last week, only 3,771 doses had been administered in the public sector and 2,636 at private medical facilities.

According to the Caribbean Public Heath Agency, the flu season in Jamaica runs from September to March. As the warmer months approach and the incidence of flu subsides, thousands of vaccines not used by October, when they expire, will have to be dumped. Sixty-five per cent of the vaccines, or 12,113 in total, are still yet to be administered.

“The flu vaccine is given every year. It looks at the viruses that are circulating, and that is how they formulate that conclusion,” said director of family health services at the ministry, Dr Melody Ennis.

“Come October 2019, it is a different one. It will be of no use, just like regular things that expire,” she explained.

Since the start of the flu season last October, a total of 176 persons have tested positive for influenza. Of this number, 162 tested positive between January and March this year.

Since this revelation, ministry officials have been criticised for not educating the public enough about the prevalence of the H1N1 virus in Jamaica. Health Minister Dr Christopher Tufton hit back by saying Jamaicans had been informed on February 12 during his presentation in Parliament that the country was on flu alert.

“We wish to advise this Honourable House and the members of the public that the flu is to be taken seriously, as it can lead to pneumonia and blood infections, and cause diarrhoea and seizures in children. The flu can also worsen chronic medical conditions such as heart or lung disease,” the minister said then.

The ministry also revealed last year that a total of 21,900 doses of influenza vaccine were purchased by the Ministry of Health through the Pan American Health Organisation Revolving Fund for Vaccines and distributed to parish health departments in late October 2018. The vaccines were to be given free of cost to healthcare workers; children and the elderly with chronic illnesses; pregnant women; individuals who are institutionalised or in state care; and non-health front-line workers.

Chief Medical Officer Dr Jacquiline Bisasor-McKenzie told The Sunday Gleaner that the vaccines have since been distributed to the health department in each parish.

“Generally speaking, there is not usually good take-up of the vaccine from year to year, [but] maybe with the increased publicity,” she said.

“We have really been trying to advertise it since October last year, and what it is you know is that many times, it is when persons go to the facilities, the vaccine should be offered to them,” she said.

What has been particularly worrying is that in addition to H1N1, another strain of the influenza virus has been wreaking havoc on people’s health. There have been 11 cases of Influenza A (H3N2) in Jamaica.

According to the Centers for Disease Control and Prevention, H3N2 was being reported more frequently than H1N1 this year. Some experts believe it is more fatal, particularly for those within the vulnerable population.

“This year, we have seen some (H3N2) cases and we have also seen some influenza Type B as well, but, of course, the H1N1 is dominating at this time,” said Bisasor-McKenzie.

President of the Jamaica Medical Doctors’ Association, Dr Elon Thompson, said doctors have been getting vaccinated in keeping with the requests made by the health ministry.

“The doctors are getting their vaccinations like anybody else in the public, [especially] because we are so at risk in terms of exposure,” he said.

Thompson noted that despite the anti-vaccine campaigns being mounted in other countries, local doctors are aware of the importance of getting vaccinated.

“A lot of it is in North America, as you may know, like in Canada and the US, with vaccines that we grew up getting. Now they are seeing the ills of having that kind of approach, because certain diseases that weren’t even in existence now on the rise,” he said.

The ministry has distributed the trivalent influenza virus vaccine, which comprises deactivated influenza virus antigens that can be used to counter the H1N1, H3N2 and Influenza B.