US marine security detachment in Jamaica voted among world’s best 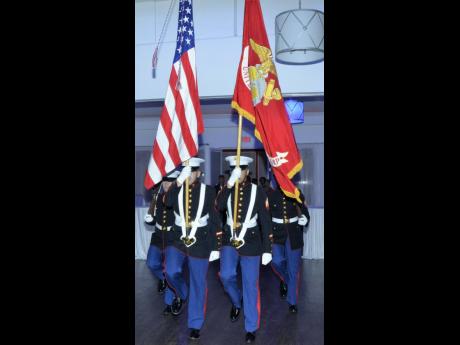 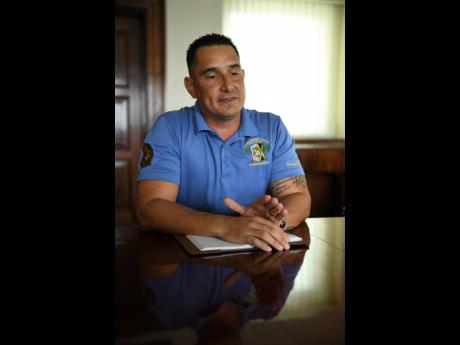 One of the most valuable skills of being a leader is the ability to be focused, an innate desire to learn, the ability to teach, face challenges, and answer for the consequences of one’s decisions.

With 17 years of military experience under his belt, Vincent Morales, United States marine security guard detachment commander at the United States Embassy in Kingston, has earned the respect of his peers because of his visionary leadership qualities that significantly improved the operations of the department, mirroring that of world-class standards.

Morales, a gunnery sergeant in the United States Marine Corps, was deployed to Jamaica in February 2018 and was immediately tasked with revamping the detachment and raising the level of camaraderie among team members.

“Following my arrival in Jamaica, we had an inspection and we had the lowest score among the detachments in the world,” Morales said.

“The detachment also lacked cohesiveness and camaraderie, and we had to include as part of our renewal, expectations and objectives to make things better. We thrive off the achievements of each other and, individually and collectively, as a team we make things happen,’ he added.

The report was discouraging for Morales, but in true military tradition, he rose above the circumstances and designed several operational strategies that resulted in improved values and ethics, ensuring that the team adhered to their principles at all times.

“Within six months we had a new team of marines, and we set specific goals that saw an improvement in 95 per cent of the stipulated requirements. You have to learn about each marine and share with them your expectations, based on their individualism, to achieve the desired results,” Morales said.

Over the last 14 months, with determination, discipline and strength of character, Morales and his team embarked on several activities, both internally and externally, that continued to enhance the positive transformation of the detachment.

In 2018, the team clocked 300 hours of volunteer work. During their outreach programmes, they visited the Glenhope Nursery in St Andrew and, in a joint venture with the United States Embassy, they also volunteered at the Lord’s Place, a homeless shelter in Kingston.

The team also has an ongoing boot camp which began 10 months ago, with the objective of assisting personnel at the Embassy to stay in shape.

To ensure mental and physical stability, each marine is also given the opportunity to attend college during their off-duty hours and pursue a degree programme of their choice. “They are all at different levels and are performing well. They have to perform well because in the military, you cannot get lower than a C,” Morales said.

As a result of Morales exemplary sense of selflessness, he and his team members have been rewarded for their hard work. Two weeks ago, the team was considered as the Detachment of the Year, out of 22 detachments in the world, and the top seven in the world.

Morales was also recognised as Marine Security Detachment Commander of the Year.

Out of 200 marines vying for the top spot, two of Morales’ charges held the position of Marine of the Quarter over a six-month period. His group is also the first marine detachment in history that has all team members being black belt-certified.

Two of the marines were also nominated for Marine Security Guard of the Year and Meritorious Sergeant.