Negotiations under way for phase one of rail service rehabilitation 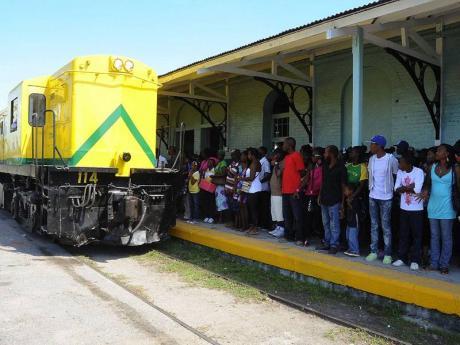 Negotiations are under way for phase-one rehabilitation of the railway service from Montego Bay, St James to Appleton Estate in St Elizabeth.

As stated in the 2019/20 Public Bodies Estimates of Revenue and Expenditure, the project, which is expected to commence during the fiscal year, will be pursued under a joint-venture arrangement between the Jamaica Railway Corporation (JRC) and private investors.

It is part of the Government’s objective of establishing an integrated, modern, reliable, safe and economic rail transport system for the movement of passengers and goods.

In addition to the revitalisation of the rail service, the JRC’s operations during the new fiscal year will be focused on increasing revenue from rental/lease, concluding ongoing land-sale transactions to support privatisation and operational activities, and contractual responsibilities under the Track User Agreement with UC Rusal Jamaica Limited/WINDALCO (Bauxite Alumina) Company.

The JRC is projecting net profit of $17.88 million from its 2019/20 engagements, as against $13.16 million generated over the previous financial period.

Additionally, the entity plans to increase its staff complement by nine to 65 persons.