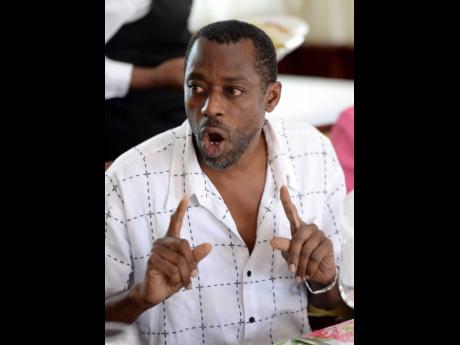 Social Anthropologist Dr Herbert Gayle said Manchester neglected quite a number of its communities that are categorised outside of the upper and middle classes.

“Manchester has what is called ‘brutal inequality’, there is a notion in this parish that everybody is middle class and communities like Victoria Town does not exist, with 70 per cent of the community living below the poverty line,” Gayle said during a recent community forum held in the parish.

Gayle told the gathering that through his research, those living in Manchester prefer not to see communities such as Victoria Town as part of the parish, but as part of Clarendon, because of its proximity.

“There are actually places here in Jamaica where the poverty exceeds 50 per cent,” said Gayle, who is also a lecturer in the Department of Sociology, Psychology and Social Work at the University of the West Indies, Mona campus.

He said that with the high levels of produce made available from the parish for export, no one should be hungry.

“In a middle economy that boasts extreme amount of stability that feeds the bulk of the country, Manchester and St Elizabeth almost account for 50 per cent of the export from this country. You cannot have that much food for export and have people here hungry,” he lamented.

Gayle added: “We have to begin to become more caring. If you are hungry and remain hungry for a prolonged period, consistent chronic hunger, something happens to your brain,” he noted, adding that when there is consistent degradation of cognitive abilities, there is an impulse to do that which is wrong.

The Gleaner recently caught up with an affiliate of the Victoria Town community who explained that the residents have, in fact, been neglected.

“There are a lot of poor people there with little to no opportunity. One of the biggest problems we have is that children are not able to further their education and the adults struggle to make life, which continues the cycle of poverty,” he said

Farming is what is used by most households there as the biggest income-earner. However, residents want more, especially from their political representatives.

“The people want jobs, means to hone and craft their skills. So much has come out of this community, and so much more can still come out of it. when people think of our area, they think it is a place behind civilisation, and that shouldn’t be,” he noted.