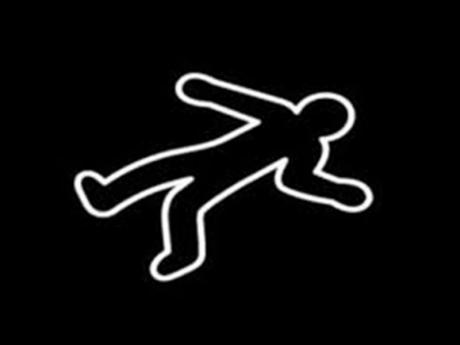 Residents in a section of Mountain View, east Kingston are still in shock following an early morning attempted murder-suicide in which one man is dead and a woman is hospitalised.

The deceased, who is only known as ‘Suddy’, reportedly took his life about 2:00 a.m. after attacking and leaving his common-law wife for dead.

According to the police, he used a stone to inflict wounds to her head and she pretended to be dead.

He then hung himself.

The police were later summoned and on arrival, the woman was seen lying in a pool of blood. She was rushed to hospital where she has been admitted in serious condition.

A neighbour, who asked not to be named, said the traumatic incident was extremely surprising even though the elderly couple constantly argued. The neighbour said the deceased did not seem capable of committing such an act.

“She is a very jovial person, me never yet hear her inna no problem with nobody or no mix up, same with him, the two a them did just quiet,” the neighbour said.

Even though this morning's incident came a day after a murder-suicide on Waltham Park Road, Kingston 11 the neighbour said she didn't feel that it was the motivation for the violent atttack.

“Him nu hear well and him nu see well, him all walk pass and buck up inna the light post so unless a somebody tell him about that incident him nah go know,” the neighbour explained.

Neighbours reported that the deceased became upset because his common-law wife of 19 years decided to end their relationship.

It's reported that less than a year ago, the woman moved out of the house the two shared into another home that he was only allowed to visit occasionally.

But according to the neighbours, he still visited to perform household duties and provide financial support to the woman.

Hours before launching the vicious attack on his wife, a neighbour said he could be heard shouting “after 19 years yu nuh want me!”.