Gender minister urges citizens to be proactive against violence 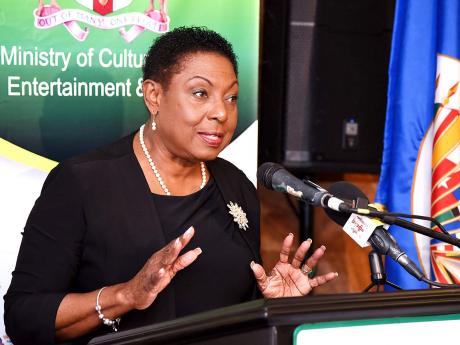 Gender Affairs Minister Olivia Grange says intimate partner violence is commoner than the society is willing to admit and is urging Jamaicans to do more to end violence.

In condemning the most recent incidents of violence against women, Grange said the killing of 42-year-old Roulene Clarke Cowan yesterday morning highlighted that “intimate partner violence is more common than we are willing to admit”.

The police report that Clarke Cowan was shot dead by her husband, Patrick Cowan, who later killed himself.

This morning, an elderly man attacked his common-law wife after which he later took his own life.

The woman has been admitted to hospital in a serious condition.

“Let us remember the victims and their families in our prayers at this time. We are grateful to the neighbours who called the police this morning — that intervention might have saved this woman’s life," the Grange said in a statement this afternoon.

"But we can do more as a society to intervene and end the violence. If you know that someone is being abused, please do not remain silent. Do not look the other way. Call the police. Your intervention could save lives,” she urged.

The minister also reminded women in violent relationships that the Government has established a national shelter “to help them leave violent living environments and to receive counselling and other assistance”.

She said the Ministry of Culture, Gender, Entertainment and Sport would be establishing two additional shelters for women in this financial year.