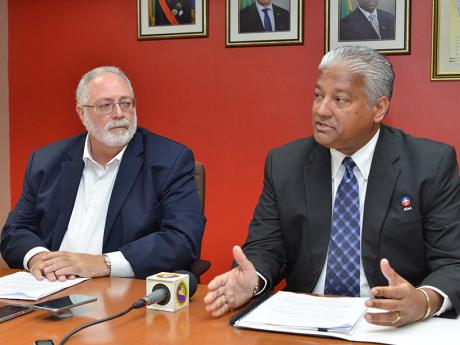 The Jamaica Civil Aviation Authority (JCAA) has rejected claims by a flight school operator that the agency relied on false information in its probe into the deadly November 2016 Cessna airplane crash in Greenwich Town, Kingston.

It is also maintaining that all its investigations were carried out according to international standards.

On Monday, The Gleaner reported that Captain Errol Stewart, the operator of the Caribbean Aviation Training Centre had taken issue with the final report into the crash that killed flight instructor Captain Jonathan Worton and student pilots Danshuvar Gilmore,19, and Ramone Forbes, 17.

The report concluded, among other things, that wrong and malfunctioning parts were fitted to the engine of the ill-fated aircraft.

Stewart also said a ring gear pictured in the final report was not taken from his crashed airplane and that the JCAA appeared conflicted since it was effectively investigating itself given its responsibility for the overall supervision of Jamaica’s airspace.

But at a press conference this morning, JCAA chairman Phillip Henriques and director general Nari Williams-Singh, sought to rebuff those claims.

They also released a statement responding to the claims made by Stewart.

1. CONFLICT OF INTEREST
Addressing the matter of conflict of interest, the JCAA said it was disingenuous to claim that it was investigating itself since the probe was carried out in conjunction with the National Transport Safety Board of the United States of America; the aircraft manufacturer Lycoming; and the Aircraft manufacturer, Cessna.

According to Williams-Singh the inputs of the three other partners were included in the final report.

2. WRONG PART PICTURED IN FINAL REPORT
The JCAA has conceded that a starter ring gear that did not belong to the crashed Cessna was included in the final report on the Greenwhich Town plane crash. However, it has sought to explain that the referenced ring gear was attached to the engine crank shaft by the manufacturer during the investigations to determine measurements and specifications and that is how it was concluded that the engine’s internal timing was off. Stewart, in highlighting that the ring gear pictured in the report was foreign, had also produced a document from his aviation loss adjusting company which concluded that mechanically, there were no issues with the engine.

However, the JCAA did not address that matter this morning.

3. FORGED WORK ORDER
The JCAA maintained that on several occasions the Caribbean Aviation Training Centre failed to provide the authorised release certificate for the engine overhaul of the crashed Cessna or a copy of the work order for the maintenance project.

It said this is why the investigator, through the National Transport Safety Board, contacted the company listed in the training centre’s log book as the repairer.

But according the JCAA, the company said it never worked on that engine rendering the overhaul documentation fraudulent.

4. REBUTTAL DOCUMENT
The JCAA has rejected a claim by Stewart that it received the flight school’s rebuttal to the crash report in October 2018.

Stewart had told The Gleaner that he sent the rebuttal to Williams-Singh and also to Transport Minister Robert Montague at that time.

But according to Stewart, Williams Singh never acknowledged receipt.

He said it was not until, February at a meeting which also involved Montague when Singh reported that he never had copy of the rebuttal and Montague gave him a copy.

Meanwhile, JCAA said it has noted the recommendations for critical improvements to be undertaken by several local stakeholders of the aviation sector.

"Everybody will have to strengthen and take on board the recommendations and strengthen their procedures," Henriques said. 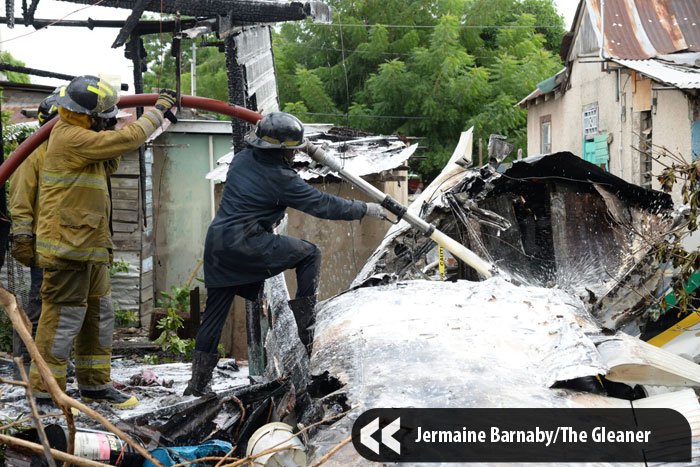 IN PHOTO: Firefighters using foam to cool down the wreckage of the plane

The Jamaica Fire Brigade was among the agencies with adverse findings in the crash report.

According to investigators, for almost an hour, fire fighters were using the wrong foam to seek to put out the blaze on the crashed plane.

The report said, it was not until the response unit from the Tinson Pen Aerodrome arrived with the correct foam that the fire was put out in less than five minutes.

However, the Fire Brigade has taken issue with the conclusion that it was using the wrong foam, saying the report ignores the fact that fuel was constantly draining from the crashed plane and could have contributed to the rekindling of the fire.

The Brigade also noted that it takes a much long time for heated metal to be cooled when using foam as opposed to water and this too could have affected the time it took to extinguish the plane fire.