OUR gives greenlight for suspension of two NWC guaranteed standards 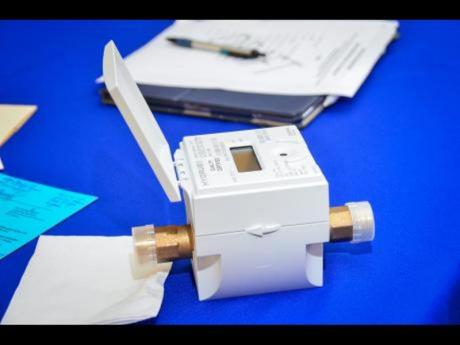 The Office of Utilities Regulation (OUR) says it has given permission for a three-month suspension of the National Water Commission (NWC) guaranteed standards pertaining to meter installation and repair or replacement.

The OUR said the permission was granted after the NWC made a request on March 26 for a suspension of the standards due to delays in getting the Bureau of Standards Jamaica (BSJ) to carry out the required meter testings.

The NWC said these delays have impacted the implementation of its meter procurement, as well as its testing and deployment schedule, which are affecting its ability to adequately comply with the requirements of these guaranteed standards.

The two guaranteed standards being referred to are WGS7, which states that NWC should install a meter on a customer’s request, within thirty (30) days; and WGS8, which holds the NWC to a maximum of 20 working days to verify, repair or replace a meter after being notified of a defect.

The utilities regulator said the BSJ had notified it in January last year that its water meter testing facilities have been taken out of service to facilitate renovation and upgrade works in order to satisfy the requirements of the Meter Testing Administrative and Operational Protocol, 2017 (the Protocol).

As a result, the OUR said the suspension of these two standards takes effect on April 15 and will end on July 15.

In the meantime, the OUR said it has asked the NWC to ensure that its customers are adequately notified of the suspension, prior to the effective date.

The regulator said it has also implored the NWC to fast-track the process to obtain accreditation for its own water meter testing facilities as stipulated in the protocol, as this would assist in mitigating some of the reported effects of the BSJ’s delay.

The NWC’s meter testing facilities should have received accreditation by October 17, but this was not achieved.

The deadline for accreditation was subsequently extended to May 31 and the OUR said it has urged the NWC to urgently put the required resources in place to ensure that accreditation is achieved within the revised timeline.