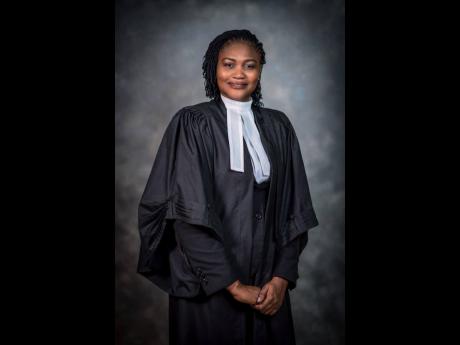 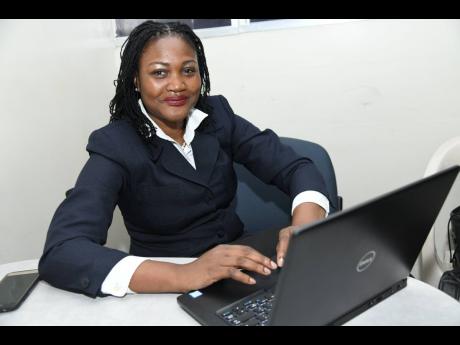 Rudolph Brown
Nattecia smiles for the camera as she takes a break from her interview where she outlines her accomplishments and the challenges she surpassed.
1
2

Nattecia Bohardsingh has led a very interesting life which can be summed up by the quote, “Our deepest fear is not that we are inadequate; our deepest fear is that we are powerful beyond measure.” Throughout her journey, and what she is yet to experience, one thing is apparent: most of her life experiences are filled with instances where she surprised herself by excelling at things that she did not know she could do.

Born and raised in the community of Granville, St James, Bohardsingh, an attorney-at-law and legal support officer, Jamaica AIDS Support for Life, describes a life that is quite different from the community riddled with violence, as featured on the nightly news. She went to primary school in the community before moving on to Herbert Morrison Technical High School, after taking the Grade Nine Achievement Test.

“I did not pass Common Entrance,” Bohardsingh stated, “I had no notion of what it was supposed to mean.”

She explained that her years in primary school was more taken up with writing songs and poems and her love for singing rather than academics, much to her mother’s dismay. She continued to grade seven at her school, and realised later that she had to take another test to get into Herbert Morrison, and this test is much harder to pass.

“I wanted to go to Herbert Morrison because that’s where my peers went, though my mother wanted me to go to Montego Bay High School,” she said, “I got into Herbert Morrison, though, and realised that I must have performed excellently to get into the school.”

This was the first time that Bohardsingh realised that she had potential, but she was still separating the cultural aspects of her life from education. She considered herself as ‘misguided’, but one day took stock of her environs and realised that young ladies in her community often did not finish high school, or they would have children before the age of completion, and she did not want this to be her story.

“Some people, because of where they are born, cannot go beyond certain socio-economic realities, and this is a result of a broken system,” Bohardsingh stated, “The effects of this are felt in the communities and when I realised this, I decided that I had to break the stereotype in Granville. I had to think outside the box of my reality.”

This was when the purposeful Bohardsingh decided that she is going to pursue music after high school.

“I wanted to be a singer and my father, who I didn’t grow up with, had links with well-known musicians, so I packed my bag and I went to Kingston,” she told The Gleaner, “I believed in my dreams enough for me and my father.”

Once again, she ignored formal education even while her mother got application forms from Sam Sharpe Teachers’ College, but the arts was where Bohardsingh’s heart was set. She gave her all to her dream; met some of the greats in reggae music and learnt from them. Sadly, the dream did not work out the way Bohardsingh had hoped. Soon, she was looking for work and noticed that a school was looking for backup singers. She applied and the group entered the Jamaica Cultural Development Commission (JCDC) Popular Song Competition, where they were placed in the top 10.

“We didn’t win, but man, it was an experience,” Bohardsingh expressed, “We had an all-island tour and I even went back home to perform for my family, who came to see the show at Pier 1.”

She decided to stay in Kingston and continue to chase her dream, against her father’s advice, but soon realised that it was not feasible, so she decided to find back her centre: Granville.

“One lesson I picked up along the way is that I can always start over,” she said, “This wasn’t what I envisioned, so starting over was my only option, and that is something I encourage people to remember. You get a new day every day to start over.”

Bohardsingh learnt life lessons of being disciplined, of being one’s own cheerleader, and of being forgiving of oneself during this time in her life. Shortly after returning home in 2001, she got a job at The Ritz-Carlton and entered the Miss Community Queen Competition, which she won.

“The promoter for the pageant told me that, usually, the winner went on to the JCDC festival queen competition for the parish and I decided to enter,” she said.

The other competitors in the JCDC Miss St James Festival Queen contest were either enrolled in universities and colleges or already had degrees, but Bohardsingh did not.

“When I went to the rehearsals for the competition, I soaked up everything they were teaching. Everything about poise, etiquette, and how to walk. I left with it all. And the skills I already had were sharpened,” she said.

This was another instance where the former Miss St James Festival Queen realised she had so much potential and did not even know it.