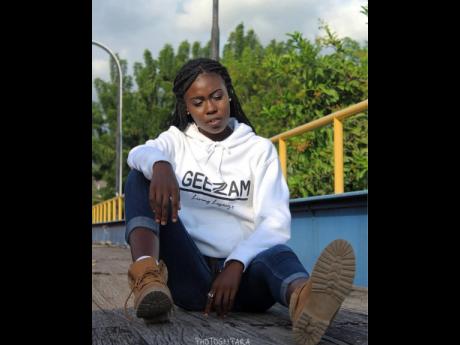 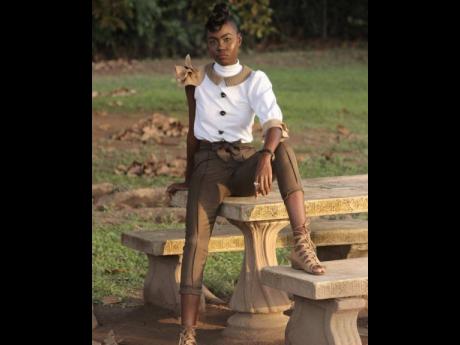 Contributed
Zanya Maxwell brings her photogenic side out for this shoot.
1
2

Some of the most inspiring stories involve struggles that the protagonists face. These experiences often cause the storyteller to go through periods of doubt and fear and moments when they feel like giving up. The fact that they come out on the other side is what makes the story worth telling. This story, however, is about a young lady who, no matter the challenge, did not waver in her plans, and did not quit.

Zanya Maxwell had the aspiration to study law after graduating from Black River High School, but for financial reasons, she had to reroute her life, and the unexpected happened. She began her Bachelor of Arts studies in arts management and humanities at the Edna Manley College of the Visual and Performing Arts (EMCVPA).

“During the 10th grade, I did theatre arts as a subject. I had a choice between that and agricultural science,” she said. “The first class I attended, the teacher asked why we chose the subject, and I told her, ‘I just didn’t want to do agri [agricultural science]’,” Maxwell recounted.

Her teacher, Samantha Parchment-Andrews, thanked her for her honesty and proceeded to win Maxwell over with what the course had to offer. Maxwell soon fell in love with the class, in part because of the teacher’s methods, and her overall demeanour of being approachable and giving students the chance to fully engage with the content. The other reason for loving the class was the exhilaration Maxwell felt when she would work on a set for a production.

“I was not interested in the class at first, but my teacher was very helpful. It was one day while in Mrs Parchment-Andrews’ office that I saw a brochure for Edna,” Maxwell said. “I took it up because the cover was so aesthetically pleasing with the graphics and imagery,” she continued.

Maxwell started browsing the brochure, not with the intention of applying but because of how it looked.

“I almost missed it. Right at the back of the brochure, right before I closed it, I saw my degree,” she said.

In her excitement of finding a degree that fit her, second to one in law, Maxwell went home and gave the news to her mother, who encouraged her to apply as she thought was a viable alternative.

Maxwell’s experiences as stage manager when she entered the JCDC competition and her involvement in the Black River High Performing Arts Society, guided by Parchment-Andrews and Micton Ebanks, compelled her to apply.

“My mother was happy that I found something that I could be happy about and she mentioned that I could always pursue law afterwards,” Maxwell said.

With the assistance of her teacher and a past student of Black River High School who was in his first year at the EMCVPA, Maxwell completed the application and brought it to the institution during the finals of the 2016 JCDC competition. She was called for an interview and later accepted to start her studies in August 2016.

“I love being here. To be surrounded by all this creative energy is a great feeling,” Maxwell said.

Being at the EMCVPA has also afforded Maxwell the opportunity to develop her brand, and she has started a clothing line from it. This brand came about from an assignment and has grown since.

“Geezam Streetwear started out of a photography course in second year,” she said. “We were given the task to choose or design a commercial product and do a shoot involving the chosen product, so I decided to create my own,” she continued.

Maxwell said she made caps and that these were the first items in the Geezam Streetwear line. It is now a registered business and has the added benefit of teaching life lessons as the logo Maxwell chose displays the ‘greater than’ and ‘less than’ signs on either side of an equal sign (<=>), which means that no one is less than or greater than another; we are all equal.

The determined and driven individual has a vision of success for the future and has decided not to allow her financial difficulties to come between her and what she sees for herself. Maxwell attributes her strength to the “most supportive person ever”, her mother, Yvonne Anderson.

“I am forever grateful for my mother, who has been guiding and providing for me all through my life,” she said. “It sure hasn’t been easy for her, but she has never disappointed, and I appreciate her for her continuous support, so I’ll always be indebted,” Maxwell stated.

Maxwell is also grateful for her experiences at the EMCVPA as they have pointed her in the direction she hopes to take upon graduating. Her current focus is on digital media marketing, and she hopes to continue in this field.