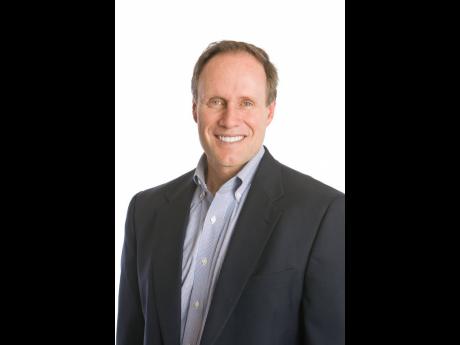 World-renowned New York Times and Wall Street Journal bestselling author Stephen M.R. Covey will be the keynote speaker at the 37th Institute of Chartered Accountants of the Caribbean Conference, slated for June 20-22, in Kingston.

A native of Salt Lake City, Utah, USA, and a graduate of the prestigious Harvard University in Cambridge, Massachusetts, Covey, whose critically acclaimed book The SPEED of Trust: The One Thing That Changes Everything is a conversation piece in literary circles, is also the former CEO of Covey Leadership Center, which under his stewardship became the largest leadership development company in the world.

Also during his tenure, the company nearly doubled its revenue intake, while increasing profits by 12 times. During that period, the company expanded throughout the world into more than 40 countries.

According to reports, the company was valued at US$2.4 million when Covey was named CEO in 1994, and, within three years, he had grown shareholder value to US$160 million in a merger he orchestrated with Franklin Quest to form FranklinCovey.

Covey, as reported by CEO Magazine, also led the strategy that propelled his father’s book, Dr Stephen R. Covey’s 7 Habits of Highly Effective People, to become one of the most influential business books of the 20th century.

In his bestselling book, Covey had this to say about leadership: “The first job of a leader – at work or at home – is to inspire trust. It’s to bring out the best in people by entrusting them with meaningful stewardships, and to create an environment in which high-trust interaction inspires creativity and possibility.”

A much sought-after and compelling keynote speaker and adviser on trust, leadership, ethics, and high performances, Covey speaks to audiences across the world.

“I have personally heard Covey speak at a conference where he was the keynote speaker and came away convinced that he is the real deal with … a very compelling speaker,” is how president of the Institute of Chartered Accountants of Jamaica (ICAJ), Raymond Campbell, described the conference’s keynote speaker.

“Covey has, through his body of work over the years, demonstrated a link between trust and business performance. Further, he has built tools to help build trust.”

Campbell added that ICAJ’s technical committee, chaired by accountant and businessman Alok Jain, was primarily responsible for organising the agenda and list of speakers and basically went all in to get Covey booked to deliver the keynote address.

“As president, I also had an input,” he added. “I communicated the big theme of the overall agenda and suggested Covey, among others. As it turned out, Covey got the nod, which I know is a very good decision.”

The conference has attracted the likes of former Prime Minister Bruce Golding and Government Senator Aubyn Hill, who are among an impressive list of speakers.