‘If your child’s immunised, why be scared?’ - Rastafarian says seven of his eight kids spared vaccination 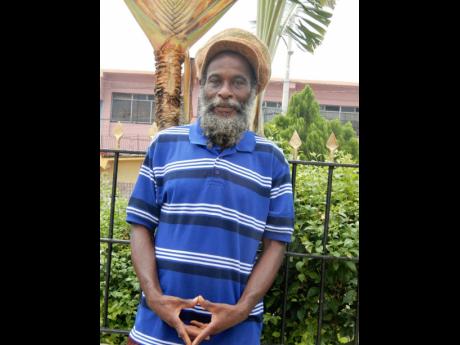 While the overwhelming number of Jamaicans receive their immunisation shots early, a fringe anti-vaccination movement, including some Rastafarians, insist that they will not submit to state policy.

According to the Immunisation Regulations of 1986 drafted under The Public Health Act of 1974, all children in Jamaica are required to be adequately vaccinated by their first birthday.

Schools are usually the buffer to enforce government policy, and parents, health officials, and principals could face a fine of $1 million or imprisonment. However, officials could not cite whether anyone had ever been arrested for the offence.

Former public relations officer for The Nyahbinghi Order of Rastafari and bee farmer Donovan Wright, who goes by the moniker Ras IVI-Tafari, said that parents from his clan have been forced to find private schools to enrol their child because they were rejected by administrators in St Catherine.

“The principal said, ‘Not over my dead body!’ The parents can bring har go court or bring har go anywhere, but she’s not accepting the child. The child passed the exam for the high school and the woman (principal) decided that she would not attend the school, so the parents ended up sending her to a private school,” Ras IVI-Tafari told The Sunday Gleaner.

The Rastafarian, who lives in May Pen, Clarendon, argued that if the majority of children are immunised, there should be no reason for them or their parents to fear students who are not vaccinated.

“At the Nyahbinghi Order, we provide a letter on behalf of the parent and send it to the school. If your child is immunised, why should you be scared of my child? Your child is fully immunised, he should have a defence system based on what they parade this injection as. I shouldn’t pose no threat to your child,” quipped the Rastafarian.

“It would be a farce for you to tell me, ‘Oh, yes, my child is fully immunised, but you are scared of one or two Rasta children who come to school not immunised.”

Aged 60, Ras IVI-Tafari has raised eight children of his own, and only one, a daughter, is fully immunised.

“I have one daughter who was born in 1985. She was forced at a basic school. The teacher actually ran her down and caught her and forced an injection on her. You know 20-odd years after, this is the only child of eight with bipolar disorder, and when I read, I read that some of these injections take 20-odd years to react on the body,” said the anti-vaxxer.

Jamaican law allows for exemptions on medical grounds, but religious persuasion has no bearing. The Rastafarian believes that the statute is discriminatory, arguing that some countries offer vaccination on a non-obligatory basis.

“The child who gets the injection gets the same disease, so what’s the rationale behind it?” the sceptic said of inoculation.

“I rather run the risk than to put these harmful drugs in my child. I have a right; it’s my religious right not to. You have some people who are rigidly against immunisation because autism is on the rise, I know of Rastafarian children who got this injection and end up with autism.

“When you read and they tell you the components of immunisation injection, these ingredients are dangerous. It’s like you are running a risk of getting a worse situation than the virus that they are injecting you against,” said Ras IVI-Tafari.

Data from the Ministry of Health show that the country failed, by two percentage points, to reach the 95 per cent desired vaccination target for 2017 for five vaccines, at 93 per cent. Measles, mumps, and rubella (MMR), however, reached the 95 per cent target.

“In terms of general immunisation, Jamaica has done very well,” said Minister of Health Dr Christopher Tufton in an interview with The Sunday Gleaner.

“People are taking it seriously. You have some groups that are very minorities, which are opposed to vaccine. For the general public, for the most part, the general populace is very supportive of it, and the fact is that vaccines have saved millions of lives over the years,” said Tufton, adding that he had no knowledge of any arrests for the non-vaccination.

Amid an outbreak of measles currently unfolding in the United States, Tufton said that vaccination certificates were usually required for travellers entering and leaving countries affected by certain diseases.

“Any country where there is an endemic like yellow fever, malaria, you have to show that you’ve been vaccinated against it for you to land in Jamaica, or if you are leaving Jamaica to go to those countries, you have to get vaccinated, and you have to show certificate so that you can land in the country without being quarantined,” said Tufton.