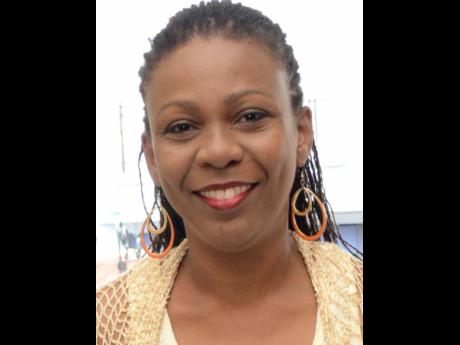 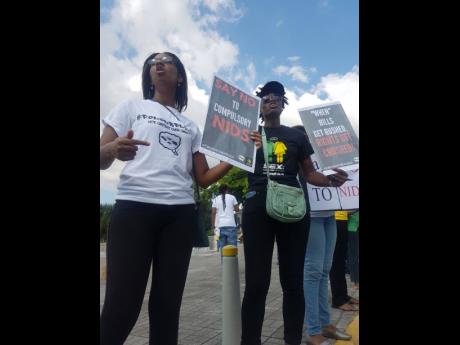 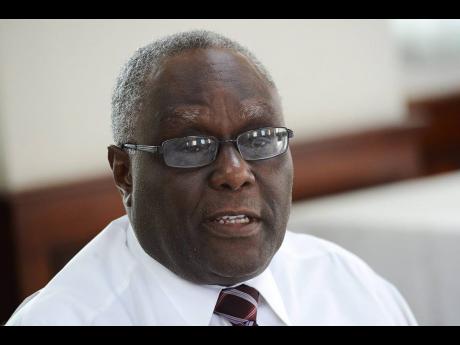 Dr Wayne West of the Jamaica Coalition for a Healthy Society.
1
2
3

Hailing the landmark court ruling against the constitutionality of the National Identification and Registration Act 2017 as a victory for the Jamaican people, church and civil-society groups have argued that the Holness Government made a grave error when it rushed the controversial law through Parliament.

The act is the statute that sets up the National Identification System, commonly known as NIDS.

In a major decision on Friday by the Constitutional Court, Chief Justice Bryan Sykes, Justice David Batts and Justice Lisa Palmer Hamilton ruled that aspects of the controversial law were unconstitutional, adding that this rendered other provisions in the legislation null and void.

Helene Coley-Nicholson, president of Lawyers’ Christian Fellowship, said that her organisation was pleased with the ruling of the court, noting that the judges were concerned about the effects of the law on the human rights of Jamaicans.

An attorney-at-law, Coley-Nicholson argued that Jamaicans who refused to sign on to NIDS would have been precluded from accessing essential goods and services.

“In fact, all goods and services, so that persons would not be able to live. You would not have the right to work because you would need a number to access employment in the government services, and also if the private sector demanded or requested that you have a number, they also have the right to withdraw all goods and services from citizens,” she said.

Coley-Nicholson charged that the Government did not put great emphasis on informing the country, in its extensive public-education exercise on NIDS, that failure to enrol in the system would attract hefty fines and criminal sanctions.

“It reminded me of slavery, because during the days of slavery, our ancestors were not free to buy or sell without a known mark or number from our slave masters. This NIDS inverted the relationship between Government and the citizen, where the Government was acting as the slave masters did during the slave period. Without a number, we could not exist,” Coley-Nicholson reasoned.

Expressing delight at the court ruling, Dr Wayne West, chairman of the Jamaica Coalition for a Healthy Society, said that the law giving birth to NIDS was a “dangerous piece of legislation”.

“No government should ever have the ability to determine whether or not a citizen should be able to consume goods and services. That is tyranny,” he said.

West told The Sunday Gleaner that loud and vehement calls from various quarters for the Government to refer the NIDS legislation to a joint select committee of Parliament for deliberation fell on deaf ears.

“That is what should have been done, but the Government did not do that with this particular legislation. It is a radical piece of legislation and I think the way they went about putting it in place was wrong.”

He made it clear that his group was not against a national identification number, but stressed that it could not countenance a system that monopolised buying and selling.

Prophetess Almarie Campbell, Tarrant Baptist Church radio personality, is of the view that the Constitutional Court ruling that the NIDS was unconstitutional was a sign of God being true to his word.

The popular morning radio host has been, along with the outspoken Reverend Jeffrey Shettleworth, among the leading voices against the constitutionality of the NIDS.

Rejecting the Government’s approach to rolling out NIDS, Campbell said the need for biometric data was intrusive, as it required fingerprints, palm prints, or retina scans.

At the same time, Daniel Thomas, president of the Love March Movement, congratulated Jamaicans who voiced their objections to the law.

The movement, comprising persons with an average age of 27, had carried out several protests against NIDS and wrote letters to this newspaper urging the Government to recant on its controversial policy and give Jamaicans an opportunity to air their views in a joint select committee of Parliament.

“We are very excited about this. It is a victory for the people of Jamaica,” Thomas declared, adding that there were measures that the Government could pursue that did not infringe the rights of Jamaicans but could be effective in the fight against crime.

Thomas had been charged down by Prime Minister Andrew Holness at a town hall meeting in October 2017.

Paul Clarke contributed to this story.