Three illegal guns, 17 rounds of ammo seized on the weekend 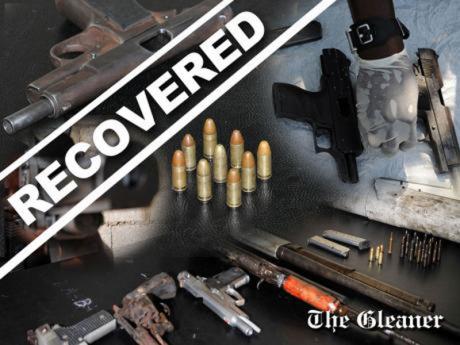 Three illegal firearms and 17 assorted rounds of ammunition were seized in three separate incidents between Friday and yesterday, resulting in the arrest of two men.

In the first incident, Waterford Police carried out an operation in Happy Valley Close, St Catherine about 7:15 p.m. when a 9mm pistol and two rounds of ammunition were found in an open lot. No arrest was made.

Hours later, lawmen were on mobile patrol duties about 11:41 p.m. when a man was accosted after he was seen throwing away an object along Beckford Road, Kingston 14.

The object was retrieved and found to be a .38 Smith and Wesson Revolver with three .38 rounds.

Twenty-two-year-old Nico Cole, a security officer of Seacole Avenue, Kingston 14, was subsequently arrested and charged. His court date is being finalised.

And the Constant Spring police were on operation on Park Lane, St Andrew  about 12:15 a.m. yesterday when a man was approached, searched and a Sig Sauer 9mm pistol with a magazine containing twelve 9mm cartridges was found.

He was taken into custody, however, his identity is being withheld pending further investigations.