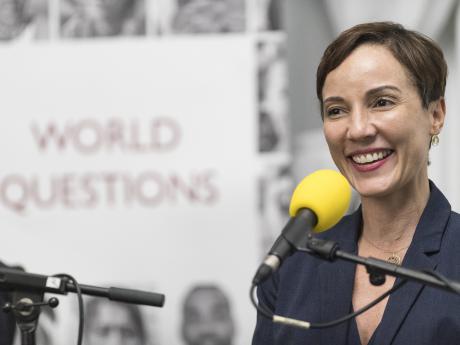 Foreign Affairs Minister Kamina Johnson Smith says her ministry will be providing advice to those seeking to benefit from the Windrush Compensation Scheme established by the British Government.

The scheme applies to members of the ‘Windrush Generation’ - immigrants who arrived in the United Kingdom (UK) between 1948 and 1973 from Jamaica and other Caribbean countries to address labour shortages, and helped to rebuild Britain after World War II.

“In the interim, we will ensure that those Jamaicans who sought assistance from us when the crisis came to attention last year are made aware of how they may pursue their claims. We will also be placing an ad in the papers and on our website, as we did last year when seeking to help persons understand if they might be eligible for re-entry,” Johnson Smith told the Senate on Friday.

Additionally, she said her ministry will examine the provisions and operationalisation of the scheme in greater detail, in consultation with the Attorney General’s Chambers.

Johnson Smith said the Government also welcomed the fact that, in addition to the relevant monetary payout to eligible claimants, “the victims of this terrible tragedy will finally receive an accompanying apology from the Government of the UK”.

“I think it is important to recognise that some damage caused can never be compensated for in monetary terms. Any compensatory scheme must, therefore, inherently fall short. While the damage will never be fully repaired, we very much hope that the present efforts at redress, including the apologies, will allow the many families affected some recompense and a greater hope for a better future in their adopted home in the UK,” she said.

The compensation scheme, which was announced in London by British Home Secretary Sajid Javid, earlier this month, will be open for two years.

Persons who have been affected by the crisis can submit claims to receive compensation in various categories from the British Government if the claims are successful.

These areas include loss of access to services (education, healthcare); denial of access to employment and/or benefits; refund of fees for certain immigration applications; compensation for detention, deportation or removal; and impact on normal daily lives.

A Windrush helpline will be open to receive calls from claimants, explain the compensation scheme and provide advice and guidance. The helpline number is +44 (0) 800-678-1925 and persons may call from Monday to Friday between the hours of 9:00 a.m. and 5:00 p.m.

Persons in Jamaica can email WindrushCompensationScheme@homeoffice.gov.uk and request a call-back.