Health officials on alert for imported cases of measles; parents urged to ensure children are vaccinated 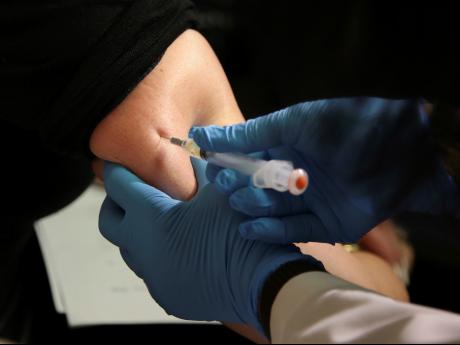 AP
A woman is given the MMR vaccine.

The Ministry of Health says it's monitoring the island for imported cases of measles and is appealing to parents to ensure that their children are fully vaccinated against the highly contagious disease.

"We are therefore appealing to all parents to visit the nearest health centre to ensure that their children are fully vaccinated as measles kills more children than any other vaccine-preventable disease,” he added.

The health ministry said 95 per cent of children in Jamaica need to be fully vaccinated with the two doses- MMR1 at 12 months and MMR2 at 18 months, in order to stop the disease from spreading.

The heightened surveillance for measles comes against the background of the recent increase in cases in the United States and across the region.

There were 881 cases of measles reported from 19 countries in Europe at the end of January.

Chief Medical Officer in the Ministry of Health, Dr Jacqueline Bisasor-McKenzie, says “most cases of Measles are mild and symptoms usually appear 10-12 days after exposure to an infected person, but may appear as early as seven days and as late as 21 days after exposure".

She further noted that “complications from measles include ear infection and diarrhoea, while severe complications include pneumonia, swelling of the brain and death. Pregnant women may give birth prematurely or have a low-birth-weight baby”.

In the meantime, the health ministry said it had commenced training for approximately 60 healthcare professionals in Measles outbreak response.

Additionally, the health ministry said it is recirculating communication to sensitise doctors and other health professionals about the increased risk of measles importation and to heighten the index of suspicion for measles.

A public education campaign has commenced to sensitise members of the public to guard against this infection.

Persons may call 888-ONE-LOVE (663-5683) or visit the nearest health centre for more information.