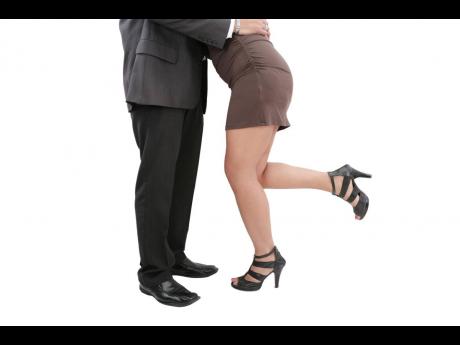 Hello, mi neighbour! Two men in separate places of confinement for a week were offered two options: one week of sex without food or one week of food without sex. One chose food and the other chose sex. By the end of the week, one was dead. Which one?

While sex is a necessity for the preservation and pleasure of humanity, the lack thereof has never killed anyone (to my knowledge). Truth is, sex is at the root of scores of deaths around the world annually. One could argue that the love of sex is the second ‘root of all evil’. Consider the type of atrocities committed against humanity in the name of sex and you want to scream! Rape, sodomy, human trafficking, adultery, fornication, incest, paedophilia, murder, suicide and prostitution, etc, are just a few.

Sex practised in a loving marital relationship where respect, gentleness, kindness and understanding are commonplace, is not only ‘sweet’, but it’s the second-most heavenly-like pleasure experienced on earth. Salvation is the first, but that’s for another discussion.

Despite the pleasure it offers, it’s foolish to risk life, job, integrity and marriage to satisfy one’s sexual cravings. The embarrassment, loss of respect/status, prison terms (even for the elderly) and being defrocked, are some of the crazy outcomes. Because animals are normally driven by instincts and humankind by intellect, we are expected to display more sex control than animals at all times. Any wonder we are imprisoned for rape while animals go free?

Yes, the cessation of sexual intercourse on this planet would lead to a depopulation of mankind on earth, but just take a glance at how sexual intercourse has depopulated the human family, and it will cause you to take another look at our deviant behaviours. Many of us can think of someone whose earthly existence has ceased owing to some sexually related matter: AIDS, syphilis, gonorrhoea, suicide, homicide, etc. With the young, middle-age and older persons killing themselves over some dispute caused by sex, this is a clear indication that we have a runaway crisis on our hand. Call out the troops.

Lest anyone should accuse me of being anti-sex, I’ll share some brief sex benefits with you. There are physical, intellectual, emotional, psychological and social benefits that are derivable from what someone calls decent sex. But we won’t discuss them in this article today. Just to say that studies suggest that sex can be a good cardiovascular exercise. Many find that it lowers blood pressure, burns calories, and reduces the risk of heart disease, stroke, and hypertension.

According to the experts, sex also helps to improve bladder control, reduce incontinence, relieve menstrual and premenstrual cramps, improve fertility, build stronger pelvic muscles, and even has the potential to protect you against endometriosis, or the growing of tissue outside the uterus. For those who suffer from migraines and cluster headaches, please note that sex with your wife or husband can provide full or partial relief. And let me just throw this in: illicit sex can increase headaches.

- Collette, for act of neighbourliness.

- Mrs Gilzeane, for contributing to her neighbour’s welfare.

- Uncommon Arts, for superb acts of generosity to unfortunate neighbours in the community in its 14th year of existence.

- Melisa, Manchester, asking for a stroller.

- Nickeisha, Manchester, born with an eye disease. Asking for neighbour’s help with glasses.