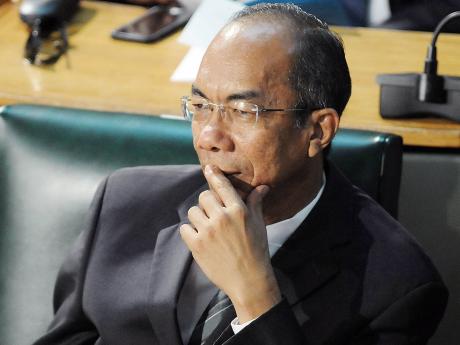 As of December 2018, more than 1,500 Jamaicans have enlisted in the Jamaica National Service Corps.

This was disclosed by Minister of National Security, Dr Horace Chang, when he opened the 2019/20 Sectoral Debate in the House of Representatives yesterday.

Chang stated that the initiative will be expanded this year, and that at the end of the programme, youth can be recruited to the Jamaica Defence Force (JDF), Jamaica Constabulary Force (JCF) and other uniformed groups in the government service as well as the private sector.

The service corps was established in 2017 as part of Government’s Housing, Opportunity, Production and Employment (HOPE) Programme, which aims to provide educational and job opportunities for young people.

The programme is being implemented by the JDF.

Meanwhile, Chang emphasised that border security must be a priority in any mission to secure Jamaica.

“Since no guns are made here, they must cross our borders to get here. The protection of our maritime domain, as we keep out unwanted weapons, is crucial, as well as protect our blue economy as a small island developing state ,” he said.

The security minister informed that the Government is taking steps to ensure that the Maritime Air and Cyber Command Brigade of the JDF is appropriately equipped, despite the high cost of the tools utilised.

“To strengthen the Force’s capability within Jamaica’s maritime zones, a maritime patrol aircraft was recently procured and an integrated hangar constructed. The JDF acquired additional helicopters to enhance its current fleet, which is critical to disaster relief, search and rescue and interception on the high seas,” Chang said.