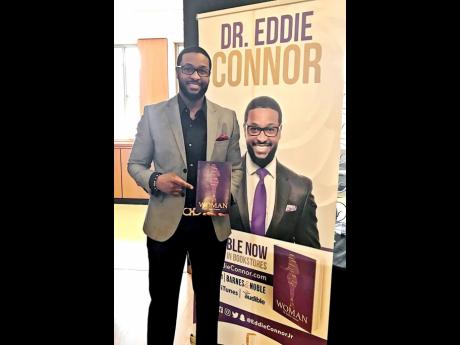 International speaker and author of nine bestselling books, including Unwrap the Gift in YOU, Dr Eddie Connor, featured on programmes such as the Steve Harvey Show, The Tom Joyner Show and on major networks, is the headline speaker for Emmanuel Apostolic Portmore’s Youth Week 2019 from April 24-28.

The free event, open to interested members of the public, will be held at the Emmanuel Apostolic Church on Braeton Parkway in Portmore at 7 p.m. nightly. Dr Connor will also be speaking on Saturday, April 27 at the all-day ‘Empowered to Win’ event, and on April 28 at 7 a.m.

Dr Connor who grew up in Kingston and is now living in Detroit, Michigan, has a life story fit for the big screen though still relatively young. Not many have survived Stage 4 cancer, but he has and uses his own life as a testimony to inspire, motivate and uplift. As a result, he founded the mentoring programme Boys 2 Books, which empowers young men through literacy, leadership, and life skills enrichment. That programme became the impetus for former US President Barack Obama’s ‘My Brother’s Keeper’ initiative. Through his work, Dr Connor received President Obama’s Volunteer Service Award and also a Lifetime Achievement Award from the White House. He is recognised as one of the Top 35 Millennial Influencers in America, listed in the Top 100 Leaders in Who’s Who in Black Detroit, and named to Michigan Chronicle’s Top 40 Under 40.

As a well-sought-after speaker, having worked with the likes of Bishop T.D. Jakes at his MegaFest, Dr Connor is expressing delight at returning to his homeland, Jamaica, to encourage the nation’s youth to live their best lives.