A mother’s determination - Sheila Mightly rising above her struggles 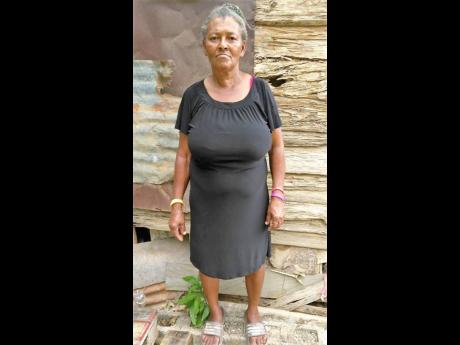 As the rainy season approaches, Sheila Mightly is anxious as she knows it will be another period of discomfort, bailing out water and trying to protect her possessions from being destroyed.

Life has not been easy for the mother of four who managed to see her children through the worst, with two now attending tertiary institutions and the youngest looking to get into a HEART Trust/National Training Agency skill training programme, and the eldest working and studying.

“It was a hard road, a rough one, but by the grace of God, they made it through high school,” said Mightly, who lives in the Farm/Effortville area of Clarendon.

There were many days when she cried as the living she managed to eke out from selling the candies she made was not enough to put food on the table for all of them.

“It is one of the hardest things to look in your children’s face and know that they are hungry and you can do so much and no more,” she told The Gleaner.

She said there were days when her children were attending high school and she only had bus fare and no lunch money. She noted that they went without, but never complained.

With two now currently attending university, Mightly is still trying to help them, although they secured student loans to cover their tuition. It is still not enough as they sometimes miss classes because they do not have the money for their transport to make the daily trek, nor can they afford to board. One is studying law at the University of the West Indies and the other is pursuing a bachelor of science in logistics at the Caribbean Maritime University.

Expressing pride in the path her children have taken, Mightly said she grew them with a loving, but firm hand, ensuring they kept out of trouble and focus on their books. Not one dropped out of school. her two sons walked clear of trouble and her daughters held their heads up in their attempt to secure a better life.

“I know when they have completed their studies and are working, I will be all right … they tell me they can’t wait to take care of me and change our living conditions,” but for now, they can’t do much, but ope along with me that help comes…and I do hope it comes. Not just for me, but for them too, to secure scholarships which would help with their school expenses.

“Right now, the house is falling apart, we can’t even lean against it for fear it will tumble down,” she said, even as she made a plea for a brick building.

Although she feels fairly safe in the community, Mightly said when there is turf war, the family has to hide under the bed as they fear a stray shot will penetrate the board, which is already falling apart.

Mightly, who is not short on faith, said her trust in God has been the primary force in her ensuring that her children keep their focus and rise above their living condition.

“Each day ‘chi chi’ continues to eat at the board structure. right now I have to put an old ply against it to secure it. I have been living this way for many years, but I just don’t make enough to buy building materials,” she said with a sigh.

Mightly said the children’s father is around, (not living with them) but his condition is no better than hers and so he can offer little help.

The determined mother said she will never give up, but it would make life a whole lot less stressful if she could get a helping hand in the ring of life’s battles.