'I love my parents and have forgiven them'...abused children of US couple speak out during sentencing 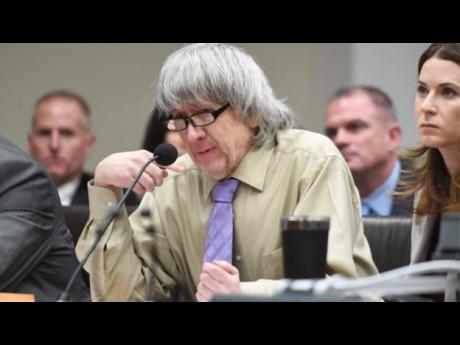 David Turpin broke down in court after his sentence was announced 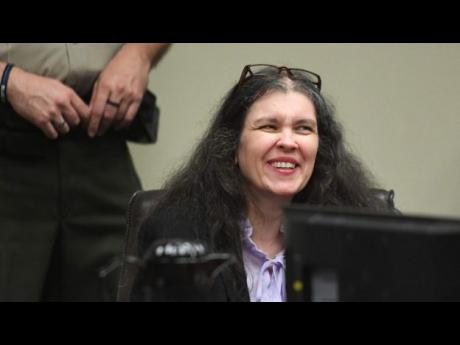 The children of a United States couple say they still love their parents and have forgiven them for years of torture and starvation.

David Turpin, 57, and Louise Turpin, 50, pleaded guilty in a court in the state of California to torture, false imprisonment, cruelty to dependent adults and child endangerment involving all but one of their 13 children over a nine-year period.

They were both sentenced yesterday to 25 years to life in prison.

The couple was arrested in January last year after their 17-year-old daughter escaped the filthy home they all shared.

The children, who are between two and 29 years-old at the time of the police raid, were severely malnourished.

A 22-year-old son was discovered chained to a bed.

His two sisters had just been released from shackles.

The victims were forbidden from taking a shower more than once a year, were unable to use the toilet and none of them had ever seen a dentist.

The couple wept as four of their children gave emotional victim-impact statements at the sentencing hearing.

"I love both of my parents so much," said one child in words read by her brother.

"Although it may not have been the best way of raising us, I am glad that they did because it made me the person I am today."

Another sibling recounted being haunted by their ordeal.

"I cannot describe in words what we went through growing up," he said in his statement.

"Sometimes I still have nightmares of things that had happened such as my siblings being chained up or getting beaten.

However, he said that is the past.

“I love my parents and have forgiven them for a lot of the things they did to us."

But not all the children were so conciliatory.

One daughter, visibly shaking, said: "My parents took my whole life from me, but now I'm taking my life back.

"I'm a fighter, I'm strong and I'm shooting through life like a rocket."

David and Louise Turpin apologised for the treatment of their children.

David Turpin’s attorney read a prepared statement on his behalf, saying his home schooling and discipline had good intentions.

"I never intended for any harm to come to my children. I love my children and I believe my children love me,” said the former engineer for top American defence contractors Lockheed Martin and Northrop Grumman.

Louise Turpin, also apologised, saying she was "truly sorry" for what she had done.

"I love my children so much. I really look forward to the day I can see them, hug them and tell them I'm sorry," she said.